‘I dream of becoming a footballer’: birth date and hometown can be a curse for aspiring footballers

Football (or soccer) is one of the most popular sports around the world, and it is played by millions of children and adolescents. Although many youngsters dream of becoming professional football players, only few of them have the chance to participate in a FIFA World Cup, the apogee of an international football career. Children and their parents, however, are not aware that talent per se is often not enough to achieve high performance, since the football development pathway may be influenced by several factors, among which, some strange phenomena such as ‘relative age effect’ and ‘biological maturation’ play a major role. These phenomena can create favourable conditions for sport careers or could  hinder the development of sport talent.

What do we know about the ‘relative age effect’?

It has been observed that it is not uncommon for youth teams to have most of their players born in the first quarter (Q1: January–March) and fewer individuals born in the last quarter (Q4: October–December) than would be expected by chance. This skewed distribution, referred to as the ‘relative age effect’ is the result of the selection process and exemplifies the immediate and long-term consequences resulting from subtle chronological age differences that exist between individuals within an annual group.

Even though the relative age effect is often confused with biological maturation, these constructs do not have the same meaning. An older chronological age within an annual group does not necessarily imply an advanced maturity status, but an almost 1-year difference can result in considerable variations between players in terms of height, weight, strength, endurance, speed, perceptual/cognitive skills and psycho-social attributes. These differences, which are remarkably evident near the growth spurt (boys: ~13 –15 years; girls: ~11–13 years), tend to determine greater opportunities for relatively older players to access better coaching, high-quality training, more sport-specific experience and proper support. Conversely, most late-born talented players, who concurrently do not have an advanced maturation status, are more prone to be overlooked by academy or representative (regional or national) teams’ coaches and to drop-out during the development process.

From an early age until adulthood, relative age effects in football have been reported worldwide and, even after more than three decades of extensive research on the topic, larger magnitudes persist and have become stronger in some regions. Therefore, the subdivision of a country into geographical locations is a starting point to disclose socio-cultural particularities that influence the selection and development of age-matched talented footballers.

Relative age effect in Under-14 (U14) Portuguese footballers: A nationwide investigation

Football is by far the most popular sport in Portugal and recently its youth and senior national teams have won some prestigious international tournaments, including the 2016 UEFA European U17 Championship, 2018 UEFA European U19 Championship, 2016 UEFA European Championship and 2019 UEFA Nations League. To address the identification process of young talent in Portugal, the Portuguese Football Association has organised the annual national inter-association Lopes da Silva tournament since 1995, putting together the best U14 players from all over the country.

Although some well-known Portuguese players, such as João Moutinho, Renato Sanches and João Félix, were selected for the Lopes da Silva, other equally talented players also born in the second half of the selection year (for instance, Bernardo Silva) did not have that chance. Therefore, we believed that this tournament would provide an excellent opportunity for understanding how the relative age effect influences the Portuguese talent selection system.

Data from 2,693 U14 Portuguese male players, who were selected by the 22 regional associations affiliated with the Portuguese Football Association to participate in one of seven editions of the Lopes da Silva Tournament between 2013 and 2019, were collected and analysed. As expected, we found a small-to-medium relative age effect on the U14 group compared to the general Portuguese male population (Figure 1).

Unlike playing position (goalkeeper, defender, midfielder, and forward), the representativeness of U14 players’ birth quarters was influenced by the geographical location of regional teams and by their overall quality. Compared to teams located on islands, where the smallest relative age effect was observed, regional teams from the mainland showed greater chances of selecting Q1 players instead of Q4 (increases of 76.3%, 87.3%, 41.8% and 49.5% for north, centre-north, centre-south and south, respectively). The top-ranked teams were 94.6% more likely than the bottom-ranked teams to select Q1 relative to Q4 players. All our initial expectations were therefore confirmed apart from those assuming larger relative age effects in defenders and goalkeepers.

Are we wasting talent with current selective practices?

As previously evidenced in Spain and Ireland, our study also suggests that the imbalance of opportunities provided to some talented footballers for progressing onto the elite development pathway is, alongside birthdate, associated with the demographic characteristics of players’ living location. In regions with lower population densities, young players born in the last quarter of the year appear to enjoy greater chances of being selected to play for representative teams.

The top-ranked regional teams selected 7.8 times more Q1 than Q4 players. As team quality increased, augmented probabilities of picking relatively older players were therefore shown. These findings support the fact that regional coaches have chosen U14 players based on their immediate ‘competitive readiness’ rather than the potential to achieve high performance levels in the future. Generally, being born in the first birth quarter does not imply that youngsters possess better ‘skills’, it does however mean that they will have greater opportunities to access an elite development pathway and then accomplish a professional status. In conclusion, birthdate and hometown can be a curse for many talented kids, especially if uncontrolled and unfair selective practices prevail in youth football.

The information assembled in our study may contribute to the development of more effective talent identification strategies, providing coaches and other practitioners with a few take-home messages. The first important takeaway is the utmost importance of neutralising the confounding effect of maturation, especially during early adolescence and at the representative level. The second is the need to consider the relative age effect variability depending on the geographical location – the greater the pool of players and available football-related resources, the stronger the effect. The third is the necessity to put an emphasis on long-term competitive outcomes instead of wins in children’s competitions. This will increase the opportunities for late-born and/or late-maturing talented players to play and stay engaged in high-quality coaching environments. To conclude, we advise coaches to be patient – ‘time is your ally’. 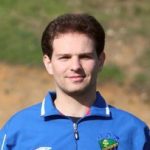 Carlos Humberto Almeida is a physical education teacher at the Monchique Municipality, Portugal, and an assistant professor of Sports Practice and Theory (Football) at Instituto Superior Manuel Teixeira Gomes, Portimão, Portugal. He is also a football coach (UEFA B licence) and author of several scientific publications.

Multi-country hosting - like what is planned for the 2026 FIFA World Cup - is understandable for economic and sustainability reasons, but it may