We can impact the ageing process by making healthy lifestyle decisions that can significantly affect how well we age and how long we live.

New research has revealed how genetic mutations that gradually develop over a lifetime can contribute to significant changes in the way blood forms after age 70, presenting a new theory for ageing.

The study was conducted by researchers at the Wellcome-MRC Cambridge Stem Cell Institute, the Wellcome Sanger Institute, and other institutions. According to the study, there is an acute reduction in blood output after the age of 70, which is likely caused by a steady accumulation of genetic alterations in blood stem cells throughout life.

Ageing may be a result of the buildup of cell damage over time. One notion is that when somatic mutations—genetic changes which affect all human cells throughout life—accumulate, it leads to cells progressively losing their functional reserve. Researchers still do not know, however, how this steady buildup of molecular damage could end in the sudden decrease of organ function after the age of 70.

According to For Youth, ageing is simply cell damage that leads to various kinds of symptoms, from wrinkles to severe and life-changing diseases, and it is characterised by nine hallmarks. These hallmarks are categorised under three groups—primary causes, accelerating causes, and ageing caused by too much damage.

For Youth CEO Jeffrey Duyvesteijn says that ageing diminishes the capacity of body organs to function optimally as people grow older. This, he said, can manifest in such things as grey hair, baldness, declining eyesight and hearing. His company produces a range of frontier supplements, such as nicotinamide mononucleotide (NMN), resveratrol and quercetin, that help counteract the body’s natural ageing mechanisms.

“Ageing is the root cause of many diseases we encounter later in life, such as diabetes, stroke and cancer. Risks are increased by unhealthy behaviours including drinking and smoking,” Duyvesteijn said.

Ageing is the root cause of many diseases we encounter later in life, such as diabetes, stroke and cancer. Risks are increased by unhealthy behaviours including drinking and smoking.

Jeffrey Duyvesteijn, CEO of For Youth

The Wellcome Sanger Institute, the Cambridge Stem Cell Institute, and collaborators examined the way the bone marrow in 10 people, ranging in age from newborns to the elderly created blood cells, to have a better understanding of how the human body ages.

The researchers sequenced the entire genomes of 3,579 blood stem cells, allowing them to identify all the somatic mutations present in each of the cells. The scientists then utilised the data collected to recreate “family trees” of each individual’s blood stem cells in order to display, for the first time, an objective perspective of the links among blood cells and how these ties evolve across the human lifespan.

Deterioration in organ function from age 70

The researchers discovered that, after the age of 70, the “family trees” underwent significant changes. On the one hand, in persons below the age of 65, 20,000 to 200,000 stem cells contributed to the production of blood cells in equal proportions. On the other hand, the blood cell production of people above the age of 70 was highly disparate.

A small number of expanded stem cell clones — as few as 10 to 20 in each elderly subject studied — contributed as much as half of the overall blood production. These highly active stem cells have continuously increased in number over the course of the individual’s life due to a rare class of somatic mutations known as “driving mutations”.

Based on the findings, the research team proposed a scenario in which age-related variations in the production of blood result from somatic mutations that cause “selfish” stem cells to be dominant in the bone marrow of elderly individuals.

This hypothesis, with its progressive introduction of driving mutations that result in the formation of functionally altered clones over decades, explains the abrupt and unavoidable decline in blood cell population diversity after age 70. The approach also accounts for the disparity in illness risk and other traits reported in older adults since it differs from person to person which clones become dominant.

A similar study, which investigates the long-term effects of several specific driver mutations on cell growth rates, was published in Nature.

Duyvesteijn, however, noted that making healthy lifestyle choices could drastically impact how people age. Other health experts have also offered some tips on ageing well.

By making precise, healthy lifestyle decisions that can significantly affect how well we age and how long we live, we can readily impact the ageing process.

Jeffrey Duyvesteijn, CEO of For Youth

“We now know that our bodies are dynamic, molecular machines and that our actual age does not dictate how old we become,” he said, “Thus, by making precise, healthy lifestyle decisions that can significantly affect how well we age and how long we live, we can readily impact the ageing process.”

Possible factors for the decline

The study’s lead researcher, Dr Emily Mitchell, who is a PhD candidate at the Wellcome Sanger Institute and a haematology registrar at Addenbrooke’s Hospital, said: “Our findings show that the diversity of blood stem cells is lost in older age due to positive selection of faster-growing clones with driver mutations.”

“These clones ‘outcompete’ the slower-growing ones. In many cases this increased fitness at the stem cell level likely comes at a cost — their ability to produce functional mature blood cells is impaired, so explaining the observed age-related loss of function in the blood system,” Dr Mitchell added.

Dr Elisa Laurenti explained that indices such as smoking, infection, chemotherapy and chronic inflammation cause the growth of the clones with “cancer-driving mutation”.

“We predict that these factors also bring forward the decline in blood stem cell diversity associated with ageing. It is possible that there are factors that might slow this process down, too. We now have the exciting task of figuring out how these newly discovered mutations affect blood function in the elderly, so we can learn how to minimise disease risk and promote healthy ageing,” Dr Laurenti said. 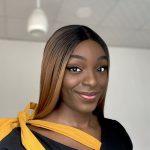 The molecules work by deactivating the enzymes in our body that degrade our skin upon sun exposure.

Billionaires are winding back the biological clock

At the frontiers of biotechnology, new startup Altos Labs seeks to find a safe way to reverse ageing in human beings.