Digital inclusion for ethnic, elderly and disabled populations is key for social inclusion

How can we better include vulnerable populations in the digital domain and make more sense of their cultural and social specificities?

Mechanisms of intersectionality in the digital domain

My research has found that in spite of a diversity of digital habits — for example, a spectrum ranging from the heavy use of, to a self-perceived stigma against assistive technologies by people with disabilities — vulnerable people’s attitudes align across similar cultural structures and frameworks, which drive associated inequalities in society.

This extends the notion of intersectionality — a term coined in 1989, which focuses on the interlocking systems of power and oppression and how those systems impact the most marginalised members of society.

More specifically, the study sheds light on some of the mechanisms of intersectionality in the digital domain and reports that the positioning of vulnerable populations in the digital domain goes beyond their demographics and is driven by individual preferences, life circumstances (especially life changes and periods of transition), and social stigma.

Regarding people with disabilities, the disability-derived social stigma these people experience (and not so much the medical aspect of their disability) is what determines their positioning and rate of digital inclusion.

The study findings point to the need for researchers and practitioners to make more sense of vulnerability’s cultural and social specificities in the digital domain.

A better understanding of such specificities can help governments and other bodies that seek to build digital inclusion to reduce focus on demographics in favour of a more nuanced and holistic qualitative approach. This is important, as previous UK-wide guidance published in the UK’s last Government Digital Inclusion Strategy targeted specific demographic groups, with projects to help people benefit from the internet and other digital technologies.

On the whole, these findings can help research actors, practitioners, and policymakers to:

These research findings prompt us to trial the development of spaces such as ‘social labs,’ where vulnerable people alongside policy, industry and third sector stakeholders work together to agree on holistic policy solutions for vulnerable people’s digital inclusion, including solutions that will go beyond each vulnerable population’s demographics. 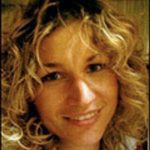 Panayiota Tsatsou is an associate professor at the School of Media, Communication and Sociology at the University of Leicester. Her work in digital media research and internet studies addresses phenomena concerning the digital inclusion and exclusion of vulnerable people, digital/Internet research, digital media and civic activism, children and the Internet, gender and the Internet, and digital policy and regulation.

Panayiota has published widely on digital media and the role of ordinary people, vulnerable populations and researchers as digital media actors. Her work aims to contribute to innovative and evidence-based solutions to issues arising in people’s relationships with digital media. She has developed research collaborations in the UK and internationally and has presented her work in diverse venues.

Setting the sun on solar energy: The story of the world’s most successful off-grid renewables programme

How can we guarantee long-term energy access to the 770 million people in the world living without electricity?