Anyone with a disability can hopefully use humour. Not because they feel a need to ‘fit in’, to educate others or to raise societal awareness, but simply because they want to.

When did shoes become funny?

I sat in the reception area, waiting for my neuro-physiotherapist. It was our final day together in the rehabilitation gym. I had been staying in a hotel on the grounds of the hospital. There were several other people also waiting, and some suitcases stood on the floor in the middle of the room.

When my neuro-physiotherapist arrived, he feigned surprise and asked me, “Is this all your luggage?” Immediately, I responded: “Yes, it’s all my shoes.” Everyone started to laugh.

But what was so amusing? After all, some people do travel with multiple pairs of shoes. Maybe that’s why people laughed, but it wasn’t the reason that I was laughing. By commenting, I was poking fun at myself and trying to make light of my situation.

For the last three years, I have been living with a neurological illness which has had a significant impact on my ability to walk. I’m not sure anyone needs multiple pairs of shoes, but I was laughing at the idea that I would need so many.

I recently learned that the word ‘humour’ has its origins in the Latin word ‘umor’, meaning liquid. As McDonald explains in his book, The Philosophy of Humour (2012), in mediaeval medicine, umor “referred specifically to the liquids (blood, phlegm, black bile, and yellow bile) that were thought to comprise people, and which needed to be in proportion if one is to be healthy”. In other words, etymologically, the word humour is associated with health and balance.

Over the last three years, I have used humour as a way of looking after my emotional health and staying balanced (even when my physical balance is off) in the sense of keeping negative thoughts and my natural ‘glass half empty’ way of thinking in check. I use my personal story, in turn, as a way to address a larger discussion about humour and disability.

Humour serves many different purposes — and apparently, there are more than 100 different theories about humour. Yet, at its core, according to Simon Critchley, “humour reveals the depth of what we share… Laughter suddenly breaks out in a bus queue, watching a party political broadcast in a pub, or when someone farts in a lift.”

Many of us can probably imagine ourselves in these situations — and imagine ourselves laughing along. Humour, in short, can create bonds, highlighting basic things that we have in common, and this is part of its value. Indeed, I use humour, where possible, as a way of demonstrating that I am not ‘different’ — because I don’t want to be seen as different. I am just Janine and, like everyone, I have a unique brain.

Sometimes I get angry with it. Why can’t it just do what it is ‘supposed’ to do? How does it manage to create the feeling that I have sandbags attached to my legs whenever I walk? But then I remind myself that some neurological conditions affect a patient’s ability to appreciate humour.

Motor neurone disease (also known as amyotrophic lateral sclerosis) is just one example. Parkinson’s disease is another. Going back to the idea of ‘balance’, I am glad that at least my brain allows me to still value humour. It is an integral part of who we are and how we interact with others. The growing number of comedians with disabilities and neurodiversity is a case in point.

Taking disability humour to the stage

Tim Renkow is an American comedian and actor who has cerebral palsy and has made jokes about delicate topics such as intimacy and disability. The key rule in comedy, he claims, is that “you can’t make fun of anyone worse off than you.” He adds: “Well, I’m disabled, Jewish and Mexican. So I’ve been allowed to make fun of everyone.”

You can’t make fun of anyone worse off than you, so I’ve been allowed to make fun of everyone.

Ted Shiress, a Welsh comedian, views his cerebral palsy as “a wonderful focal point” for his particular sense of humour. He makes it clear, however, that “a disabled comic just talking about their disability would be like a tall comedian talking exclusively about being tall.” In other words, such humour needs to have a purpose.

Australian comedian Adam Hills, for example, was born without a right foot and started to make jokes about it after multiple experiences of his prosthetic foot setting off metal detectors at airports. For him, making jokes about his disability has been a way to try and make people more comfortable around the topic. He said, “I talked about that on stage, and the point of that was don’t be scared. Don’t worry if you ask what happened and I tell you and you say, ‘Oh God, I’m so sorry.’ There’s nothing to be sorry about.”

Another example is the Scottish comedian, Fern Brady, who has autism. She does not make jokes about neurodiversity per se, but her autism is an integral part of her humour and of how she views the world. In her words, “It’s what helped me go into comedy.”

These comedians have an important role to play in addressing some of the social prejudices and misunderstandings that continue to surround the issue of disability. According to Shawn Chandler Bingham and Sara Green, disability humour (as opposed to disabling humour, which is disempowering) “enlightens others about the disability experience, affirms the humanity of individuals with impairments, counters the widespread view that disability is a tragedy, and challenges stereotypes.”

This is a crucially important observation. Ultimately, however, my hope is that these comedians, and anyone with a disability, can use humour not because they feel a need to ‘fit in’, to educate others or to raise societal awareness, etc., but simply because they want to.

I hope that one day I’ll be booked on a panel show where I am not ‘the disabled one’, I am simply Rosie.

The English comedian Rosie Jones put it best, stating: “I hope that one day I’ll be booked on a panel show where I am not ‘the disabled one’, I am simply Rosie. That’s the dream, anyway.” 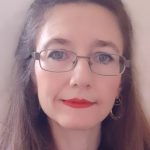 A University of Illinois study has found that regular microbreaks can help reduce mental fatigue and improve cognitive performance.

How do VR games compare to their more traditional counterparts? And what effect does this have on gamers?