Will a European Super League ever work in football? Here’s what researchers say

Iterations of the European Super League (ESL) throughout history

The European Super League (ESL) project was announced in April 2021. This was a surprise for most of the public, however the discussion about such an idea started long before. In the 60s, Arthur Hopcraft (The Football Man) was already expecting the creation of an ESL, but at the time the main obstacles were the “cost and the difficulties of travelling, and also the differences in lengths of the seasons in different countries”, which nowadays seems anecdotic. Since then, a few ESL threats have emerged, which are elaborated on in Katarina Pijetlovic’s book, EU Sports Law and Breakaway Leagues in Football. For example, in the 80’s, Silvio Berlusconi aimed to establish a similar venture after AC Milan’s multiple failures to qualify for the European Cup (predecessor of the Champions League) or, a few years later, from the largest English clubs aiming to increase their TV revenues – a venture that ultimately led to the creation of the English Premier League.

In the late 1990s, Media Partners International designed an ESL project comparable to the one announced in April 2021. It was also a competition with a semi-closed format and was supposed to be a complement of domestic leagues and a rival to the UEFA Champions League. The project had several supporting clubs and UEFA felt a threat, causing them to restructure the Champions League in an attempt to convince clubs to stay. Importantly, this situation gave critical insight for the biggest clubs: that when banded together, they have more power to influence UEFA decisions.

Consequently, the ESL-like G14 was created. The idea of the ESL remained through the 2000s, but faded as the success of UEFA’s Champions League grew, and ultimately culminated in the transformation of the G14 into the European Club Association. After that, it took almost a decade before we heard about ESL again, this time through the exposure of secret plans of various clubs by Football Leaks.

How much these plans were related to the 2021 project is something yet to be discovered.

A literature review on the ESL

The evolution of the idea of an ESL is reflected in the academic literature. Myself and colleagues at Universidade de Aveiro in Portugal have reviewed existing literature, aiming to highlight the main perspectives of ESL discourse, interrogate gaps in the literature, and establish a baseline for future research and policies.

From an analysis of 192 studies mentioning the ESL, we highlighted the five most common perspectives of discussion. The main one (present in 71% of studies) is the power struggle between top clubs and governing bodies. On one hand, a few clubs exist that are powerful enough financially to present serious exit threats, but at the same time benefit from their positions in their domestic leagues’ respective hierarchies. One the other hand lies UEFA (generally with the support of national federations and FIFA), claiming to defend the wider good of sport but assuming the functions of both organiser and regulator, and being responsible for controversial decisions that have polarised European football.

Around half of the studies analysed debate the strengths and weaknesses of an ESL, putting forward the potential positive impact of the ESL (when compared to current competitions). These include a higher level of competitive balance, competitive intensity, and star quality. The main weakness of an ESL highlighted in the studies is a lack of consideration for history and traditions. Imagining an ESL where clubs would leave their domestic leagues (a model proposed in certain studies), one would expect an increase in competitive balance in the domestic leagues, but this may not be enough to compensate for the loss of their most popular clubs.

Based on current football competitions, previous ESL proposals, and even competitions in other sports, the potential formats of an ESL is also an important topic found in the literature. The main issues discussed include whether or not to adopt a promotion/relegation system, should the clubs participating in the ESL be exclusively dedicated to this competition or not, and which (and how many) clubs should participate in the ESL.

Another strand of the literature pays attention to how the growth of broadcasting revenues has changed football in recent decades. The polarisation of European football is the reason why some researchers suggest the creation of an ESL, while big media companies (together with sponsors) are likely to play an important role if an ESL emerges one day.

Finally, some studies discuss the potential compatibility of the ESL with EU law. They tend to suggest that EU law may be violated through the restriction of competition or the abuse of dominant position, but it seems that such claims can also be observed with regard to UEFA.

Gaps in the literature and suggestions for further research

After an analysis of the literature, we have highlighted a few gaps for consideration.

The first one is that, although 192 studies were identified mentioning the ESL, only a few are focused on the ESL. This can be explained by the lack of credibility and tangibility (an overabundance of possible formats) of ESL threats in the past, but the project of April 2021 may have changed this.

Another gap is the tendency to overlook football leagues outside the ‘big five’, both in terms of demand and supply analyses. For this reason, we recommend extending these analyses to further countries and even to consider studying cross-border European or regional leagues in other sports.

We also note a common flaw in the literature, which is the lack of consideration for the impact of changing traditional habits and rivalries during the transposition of current competitions to the ESL. As attendance or audience data for the ESL is limited, we suggest a stated preference approach. A stated preference approach is the use of carefully worded surveys to learn audience’s willingness to pay or engage with a new product (in this case the ESL), by asking them how much they value it. This may also address another potential issue: the use of observed competitive balance measures (in this case, assessing how “balanced” or “equal” teams are in a league) without taking into account the behavioural factors that affect consumer decisions to engage with a league.

In future studies, we suggest analysing the potential for an ESL in women’s football, as such a competition was part of the project announced in April 2021. Indeed, at the moment, economic differences are so important that even if the ESL is not considered as the best solution for men’s football, it might be the ideal model for the female counterpart.

In conclusion, the ESL topic has been moving out of the spotlight over the last year, but a battle in the European Union’s top court is still ongoing and a potential victory for ESL clubs would increase the probability of a new ESL proposal. This emphasises the importance of further studies following our suggestions. 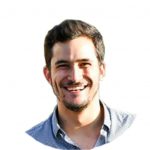 Anthony Macedo was born in France and raised in Portugal. He is currently completing his PhD in Business and Economics at the University of Aveiro with a thesis on Sports Economics. His focuses on analysing the demand for the European Super League football tournament announced in April 2021, and testing the demand for a new Super League model that is more adjusted to fans’ preferences.

Since COVID-19, employers have been struck with a decision on whether to allow working from home or not. The hybrid model - which allows