Facial expressions can now be detected in the metaverse

A University of South Australia study has investigated the use of facial expressions as a mode of interaction within the virtual metaverse environment.

Virtual reality, also known as VR, is a digitally simulated and an artificially computer-constructed medium that provides an immersive and interactive metaverse experience. Traditionally, VR environmental interactions have required the use of hand-held controllers. However, recent technological advancements have shifted towards the use of alternative, hand-free methods. While multiple hands-free techniques have been developed, including eye-tracking, head movement and body-based movements, an international research team led by Dr. Arindam Dey from the University of South Australia sought to investigate a first-time ever alternative: facial expressions.

The primary rationale behind the study, as Dr. Dey describes, “was to make the metaverse more accessible and inclusive,” as most VR headsets require users to be “at least partially physically able in order to interact in VR.”

The researchers explored and investigated their hypothesis: can facial expressions be used as a mode of interaction within the virtual, metaverse environment?

Once participants were randomly assigned to their respective groups, a VR headset and a wireless electroencephalogram (EEG) were attached, capturing facial expressions and recording neurological activity signaled from the frontal and parietal lobes of the brain.

The control group used physical controllers to both navigate and perform actions. However the facial expression group used a smile to initiate movement, a frown to end movement and a jaw-clench to initiate an action. An action, in the context of the study, refers to the act of catching butterflies in the happy condition, picking up items in the neutral setting and shooting zombies in the scary environment.

By subjecting both groups to the three conditions, the researchers were able to test the subjectively qualitative variables of presence, emotions and usability, as reported by participants throughout the study. The criterion of presence refers to the sense of actually being in the virtual environment, or a sense of total immersion. Usability refers to the ease of system use, and emotions include measured emotional states. Using the three subjective, qualitative criteria and the two quantitative physical measures, the researchers found three notable results.

The first notable result was an interesting neurological finding: higher gamma waves were recorded in facial expression participants. This suggests that increased facial muscle use is associated with higher cognitive load, or capability.

The third result demonstrated that controller users reported higher skin conductance rates, while facial expression users reported a higher sense of immersion, or presence. This signifies a statistical indifference in emotional arousal and dominance between both groups, illustrating the notion that facial expression users carried out tasks without any additional emotional burden, while also feeling totally immersed within the virtual environment.

The implications of the research are scientifically vast. The use of only facial experiences allows the opportunity for amputees or physically disabled populations to engage and interact within the VR world without any additional emotional or physical burden.

The research study also furthers AI recognition capabilities of more than just facial muscular changes: it also allows detecting users’ emotional states as a new study paradigm, an interesting field that has yet to be fully developed.

The study also opens up the possibility for disabled populations to use digital devices as lifestyle accompaniments and a means of interaction with the non-virtual environment.

The study highlighted the rapid developmental pace of both VR technologies and overall metaverse applications. Because of the rapid pace and broadening scope of the metaverse, the benefits of joining and investing within the virtual realm are immense, as investors buy and sell virtual land, NFTs and even cryptocurrency. Despite its prominence and accessibility, the act of actually investing in the metaverse may be difficult to perform, and detailed guides on how to invest in the metaverse are required, as well as learn effective investment techniques.

Rapid advancements within the metaverse landscape have not only changed our perception of reality, but they have also transformed our tangible reality into an immersive, intangible, virtual world. And by using a smile, a frown, or even a jaw-clench, it becomes possible to interact with a virtual world. 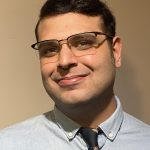