Why do fans still love the FIFA World Cup if their national teams aren’t playing? Insights from Hong Kong

Through in-depth interviews with more than 50 football fans in Hong Kong, my research identified three important ways fans adhere to the competition even when their national teams are not playing.

Once every four years, the FIFA World Cup captures worldwide attention. In the forthcoming 2022 World Cup, which will be held in Qatar, football fans and casual observers from the 32 nations that have qualified for the finals will cheer for their national teams. But for the rest of the world, how will fans follow the tournament when their national teams are unable to reach the championship finals? Answering this question is important if we are to understand why the FIFA World Cup enjoys global appeal.

My research on fans in Hong Kong from the 2018 World Cup in Russia, where Hong Kong didn’t qualify, shows that their experience is only comprehensible by factoring in their familiarity with elite European football. Moreover, it must be noted that the World Cup enjoys an allure that can increase people’s interest in football in general. Based mainly on in-depth interviews with more than 50 football fans in Hong Kong, and supplemented by an online survey, I identified three important ways fans adhere to the competition even when their national teams are missing in action.

The first method of following the World Cup from Hong Kong is to support one of the qualified teams. My online survey shows that the most popular team in the previous World Cup held in 2018 was by far England. Hong Kong is a former British colony. According to interview data, Hong Kong fans’ identification with England may be largely due to the popularity of the English Premier League (EPL) in Hong Kong. Since many Hong Kong football fans support an EPL team and are familiar with the English players, they found it much easier to identify with England. Other popular teams in Hong Kong include Germany, France, Argentina, and Brazil. Those who support a team other than England usually became fans of those teams during the specific World Cup in which they became football fans.

The second way fans from non-qualifying teams adhere the World Cup, based on my research, can be described as ‘club-and-player-led fandom’. This means that fans follow the World Cup by paying particular attention to players from their favourite clubs, and/or their favourite players. Even though fans may be attracted to the World Cup because of specific players or players being employed by certain clubs, they may not become fans of the national teams that these players represent.

For example, an Arsenal fan said she paid special attention to Germany during the 2018 World Cup because of Mesut Özil, a German star player. She focused on France, whose team boasted former Arsenal player Olivier Giroud, when Germany unexpectedly failed to advance to the next round. But this Arsenal fan emphasised that her interest in Germany and France did not imply she was supporting them, saying, “I don’t really care about whether they could win or not.” On the other hand, a Liverpool fan suggested that he was glad that Brazil had started Gabriel Jesus (then a Manchester City player) instead of Roberto Firmino, because Firmino had a higher chance of avoiding injury and thus he would be available for Liverpool in the domestic league season. He said, “Thanks to Brazil for not starting Roberto Firmino. Don’t start him. I would be very thankful. They should continue to use Gabriel Jesus. Better let him play more, let him get hurt.”

Thanks to Brazil for not starting [Liverpool player] Roberto Firmino. Don’t start him. I would be very thankful. They should continue to use [Manchester City player] Gabriel Jesus. Better let him play more, let him get hurt.

Some fans claimed that, with almost all qualified teams being composed of players affiliated with top European clubs, the familiarity of such players could help to sustain their interest in the tournament. However, there were also fans who understood that the World Cup provides an avenue to gain more knowledge about world football since it is a top-class football competition that allows players from various continents to play at the highest level.

This third method of World Cup viewing reminds us that fans are not necessarily (only) fans of teams and/or players. They can be fans of the sport or the competition as well. It also seems that, unlike those who show interest in the global tournament because of club allegiance, those who watch World Cup games as football fans are likely to exhibit a more ‘cosmopolitan’ attitude because of their eagerness to learn more about the game and their willingness to appreciate the skills of players from different teams. What should be noted is that these three ways of following the World Cup are not mutually exclusive.

One of the many controversies surrounding the Qatar World Cup is the suspension of the top European football leagues so that players can take part in the first-ever World Cup that takes place during the winter of the Northern Hemisphere. Inevitably, when the decision to move the World Cup to November/December, the top European clubs issued a wide array of complaints. Although it is common to understand the interests of elite club football and international football as contradictory, the discussion above indicates that top European clubs and FIFA do share some common interests.

First, the popularity of the World Cup hinges partly on the global appeal of the European clubs that employ the best players on the planet. Second, fans watched World Cup matches because they could watch players from their favourite clubs and their idols performing in the tournament. On the other hand, it must also be noted that the World Cup’s appeal helps convert many people into avid football supporters, thus increasing their likelihood of following European club football more closely.

Fans from other countries may show interest in the World Cup in a variety of ways. For example, Hong Kong does not have a popular professional men’s football league, partly because of the overwhelming popularity of the EPL. Regardless, beginning in the 1980s, the World Cup has been widely recognised as a significant mega event in Hong Kong. Future studies regarding fans who reside in different nations are needed to enhance our understanding of the appeal of the World Cup and how it reflects on the impact of cultural globalisation. 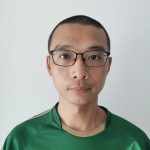 Dr. Chun Wing Lee is a lecturer at the College of Professional and Continuing Education, Hong Kong Polytechnic University. His major research interests include class analysis and the political/sociological aspects of sports.