The Indian Ocean, which is tropical in nature, plays a significant role in global climate variability. In recent decades, extreme weather events, such as heatwaves, cyclones, droughts and floods, are becoming increasingly intense and frequent. This is mainly the case for the World’s coastal communities, which make up 30% of the global population and are highly vulnerable to extreme climatic conditions and sea level rises.

Ocean warming, in addition to several other climate change factors, has a direct impact on sea level rises. Therefore, a better understanding of climate variations over several decades in the Indian Ocean, defined as “decadal variability”, helps in improving the ability to predict the sea surface temperature and various climate parameters on a regional and global level.

Measuring and understanding decadal variability, and using it as a tool to predict climate changes, is the focus of my research at the University of Tasmania in Australia. Climate predictability will help society to prepare more effectively for any adverse effects resulting from future climate change.

Why is the tropical Indian Ocean an ideal candidate to study climatic impacts?

The Indian Ocean is currently receiving global attention and is an ideal case study due to the simultaneous occurrence of several complex processes that drive the global climate. My studies show that the tropical Indian Ocean has shown a strong basin-wide warming trend in recent decades, relative to other tropical oceans (Figure 1).

Several observational and modeling studies have speculated that the warming of the Indian Ocean has been caused by natural factors (such as volcanic eruptions and variations in solar radiation) and anthropogenic factors (such as increased greenhouse gases), as well as internal processes (such as the transfer of heat from the Pacific Ocean).

Apart from substantial ocean warming, considerable evidence shows that the decadal variability of the Indian Ocean’s sea surface temperature and surface wind, has had significant climatic impacts both regionally and globally.

The role of multidecadal climate oscillations in the Indian Ocean

Multidecadal climate oscillations are climate patterns associated with the interactions of atmospheric and oceanic conditions, measured over several decades.

The impacts of IPO and AMO on the Indian Ocean and the Indian monsoon have been reduced since the 1990s, primarily due to increased concentrations of anthropogenic aerosols and volcanic eruptions (Figure 2). However, my research, conducted in 2020 at the Indian Institute of Tropical Meteorology, shows the Indian Ocean still displays decadal/multidecadal variability.

The data from my research suggests that several underlying internal/local processes are the driving forces for the decadal and multidecadal variability observed in the temperatures of the Indian Ocean.

The Indian Monsoon is the world’s most powerful monsoon system. It mainly affects India and its surrounding water bodies, and turns large chunks of the country from a semi-desert into flourishing green lands.

Importantly, the Indian Monsoon is heavily impacted by changes in sea surface and subsurface temperatures.

The role of surface wind

Overall, the Indian Ocean is becoming more active and independent rather than being forced by Pacific climate variability. A recent paper, published by myself and colleagues in the journal Global and Planetary Change, further highlighted that the oceanic heat in the upper 500m of ocean levels has several climate consequences, including heat transport across the Indian Ocean and subsequent regulation on a decadal time scale.

What does this research teach us about climate variability?

The Indian ocean shows climate variability in temperature on both decadal to a multidecadal time scales, with the most significant variations seen at the subsurface level. It is not surprising therefore, that communities residing in coastal regions of the Indian Ocean are becoming increasingly anxious about climate change and its adverse impact on the environment. My research suggests that the rest of the world should take notice of these shifts too, as they are starting to impact climates and sea levels on a more regional and global scale. 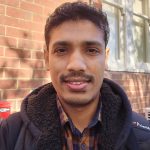 Dr Sandeep Mohapatra is a postdoctoral researcher at Institute for Marine and Antarctic studies, University of Tasmania, Australia (UTAS). His research work focuses on climate variability of the global ocean with a major focus on the Southern Ocean. Before Joining at UTAS, he completed his PhD in climate science from the Indian Institute of Tropical Meteorology, India. His PhD research focused on understanding decadal variability of the Indian Ocean temperature, salinity, stratification and meridional overturning circulation.

Smart windows can achieve energy positivity through a range of new materials and coatings that help them control heat and infrared light.