Indigenous Australians’ footballing journey to Brazil: a pedagogy of courage against racism

An excursion of young Aboriginal footballers from Australia to the Brazil provides critical insight into how sports education programs can improve participants’ voices and agency.

John Moriarty (born 1938) is an Australian Indigenous icon who, during his youth, was a star football player in South Australia and nationwide. He was also one of Australia’s Stolen Generation; Indigenous children who were compulsorily taken from their families and sent to different white families or churches to be ‘educated’ in Western ways during the 20th century. He endured racism throughout his footballing career, but also showed courage to overcome these challenges to become much more than a great sportsperson: a political activist insisting on the rights of Indigenous people.

Moriarty’s origins linked him to Borroloola, a remote rural town in Australia’s Northern Territory (NT). This connection to the country together with his football past led him to develop the first John Moriarty Football (JMF) program in Borroloola, which was aimed at giving young Aboriginal people from the town involvement in sport and the opportunity to consider a possible life beyond their small town.

During a conversation we had, Moriarty insisted that games and sports could teach several things to young people, particularly courage: “to cope with life, you have to have dexterity and courage”. It was this courage that inspired the JMF officers to lead an excursion with Aboriginal footballers from Borroloola to the 2014 Brazil World Cup. Despite a number of difficulties the footballers faced – the long distance to travel, a lack of funding, and difficulty of organising passports – they made the journey, providing a unique opportunity for a small group of Indigenous adolescents from an isolated Northern Territory town. A trip that, according to one of the participants, “was the experience of a lifetime but it won’t be the last”. Below, we present some of the impacts that this trip made on the participants, but also we reflect on how football education can build the pedagogy of courage, using some of Paulo Freire’s critical pedagogical tools.

To cope with life, you have to have dexterity and courage

Paulo Freire, the Brazilian educator whose work is a global call to action for critical and democratic education, developed pedagogical thought to help oppressed people regain their voice. He proclaimed that by using dialogue to build consciousness, people would be able to foresee their freedom, their utopia and a world of opportunities. A future that, for JMF participants, involves being free of racism and other forms of oppression. This will only happen if everyone involved in education starts a real dialogue that helps participants to see the untested feasibility: a future that emerges by changes to what we do in current conditions of oppression.

This is what happened with the 2014 Borroloola tour participants. According to them, few experiences could compare to the freedom they felt while swimming in a river in Brazil that had no crocodiles, unlike the Borroloola rivers that they were used to. This awakening occurred when the team stayed with an Indigenous community in the Brazilian state of Mato Grosso. For them, this activity was a metaphor for the holistic freedom brought to participants by JMF programs – not only for their bodies but also for their minds.

For JMF educators, football training is not an array of automatic replications that players need to perform until they achieve “perfection.” instead, it is an opportunity for young people to engage in a series of games that “promote their own decision-making out there”. This image of the education process and impact of football reflects Freire’s beliefs on what education should be in essence: a political project of freedom.

One matter that permeated all discussions with the 2014 Borroloola tour participants was hope. Not hope as an eerie sensation, but in the Freirean sense of critical hope with the prospect of change: the idea of autonomy but also the duty for individuals to create their own life choices and decide their own callings. These players also proclaimed their sense of hope as one of the greatest outcomes of the 2014 Borroloola tour. They understood that, instead of being tied to their remote community, the tour gave them the opportunity to see the world not as a static reality but as “a reality in the process of transformation”. This tour built the hope of becoming. The players took to the world and now they aspire to be “a better coach, to take other teams out, to coach a new generation”.

It is relevant to point out that more than seeking to fulfil each child’s human “potential”, the educational process they went through as part of the 2014 Borroloola tour shadowed the notion of human transcendence; it connected knowledge, power, and action. In this sense, Freire’s humanist philosophy and JMF’s educational programs have the same aim; rather than being generous paternalist acts, they are instruments of community liberation.

The pedagogy of courage constructed here reflects the future as a problematic, unresolved opportunity that needs individual conscientização if it is to assemble communities to change their futures instead of accepting the inevitable domination from social and hierarchised structures. The pedagogy of courage uses passion and imagination to help individuals and communities reach for opportunities and imagined callings that may often seem to be outside their scope – a future, as Freire might say, that has yet to be conceived.

More than a set of accurate stages that may end up displaying a new education toolkit to football drills, mostly with displaced Aboriginal communities in Australia, the pedagogy of courage is imbued by a humanist idea that aims to free individuals and social groups.

And how can this knowledge help develop better sports education programs in Australia, particularly for Indigenous youth? In order to infuse their programs with the pedagogy of courage, educators must look past the fortifications of objective and measurable results of traditional sports education programs to put in place acceptance, love and dialogic practices that will improve participants’ voices and agency. 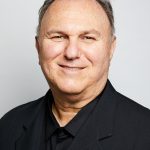 Dr. Jorge Knijnik is a Brazilian-Australian academic currently working at Western Sydney University (NSW, Australia), where he is an Associate Professor in the School of Education and a researcher in the Institute for Culture & Society. He holds a PhD in Social Psychology from Universidade de São Paulo (USP/Brazil). Dr. Knijnik’s most recent books are: Tales of South American football: passion, glory and revolution (Fair Play Publishing); Historias Australianas: Cultura, Educação e Esporte do outro lado do mundo (Fontoura); Women’s Football in Latin America: Social Challenges and Historical Perspectives (Palgrave McMillan) and The World Cup Chronicles: 31 days that rocked Brazil (Fair Play Publishing). He is a board member of Women in Football Australia and of the Brazilian Torcidas Organizadas Association (ANATORG). Find him on Twitter @JorgeKni 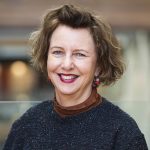 Dr Jane Hunter is a former K-12 teacher in Australian schools; her long career in education spans research, education policy work, teacher professional learning and supporting the development and education of new teachers to the profession. She is an Associate Professor in the School of Education and a researcher in the Centre for Research in Education in a Digital Society in the Faculty of Arts & Sciences at the University of Technology Sydney. Her university teaching and research has received awards including “high impact” in the 2019 Engagement and Impact Assessment from the Australian Research Council. Her books (High Possibility Classrooms: Building from TPACK [2015]) and her most recent publication( High Possibility STEM Classrooms: Integrated STEM Learning in Research and Practice [2021]) mean she is often a requested keynote speaker at national and international education conferences. Find her on Twitter @janehunter01