The infrastructures of racism: how white norms inferiorise Black people

Our research at Lakehead University focuses on how people of different races experience conflict and peace in everyday life. In this article, we argue the notions of “structure” and “infrastructure” in bringing attention to the nuances of racism.

Our research at Lakehead University focuses on how people of different races experience conflict and peace in everyday life. In this article, we aim to argue the notions of “structure” and “infrastructure” in bringing attention to the nuances of racism. Structure is what we see, hear and experience. Infrastructure is the ideology or hidden ideas behind the explicit experience of racism. We argue that to dismantle systemic racism in our society, attempts at the structural level must be complemented by challenging any practices that posit whiteness and White people as the only valid standards.

The problem: infrastructures of racism

The infrastructures of racism function as a network of ideas that posit White people as the universal model of humanity and rationality, resulting in a conceptualisation of White people and whiteness (i.e. the set of standards, practices, beliefs and values traditionally associated to White people) as superior. A prime example of this belief is illustrated in Rudyard Kipling’s poem “The White man’s burden”, which exhorted the US to invade and assume colonial control of the Philippines as it was “the White man’s burden” to “serve [their] captives’ needs”.

This self-serving thinking has continued to influence interactions between people. It presents White people’s practices as objective and the standards against which the rest of society – or the rest of the globe, depending on the context – ought to be compared, while constantly interrogating the validity of other ethno-racial groups’ subjectivity and skills, only valuing them based on their proximity to whiteness.

Furthermore, the schooling system connects to other sectors of society such as the health, banking, legislature, policing, corporate, policy, sports, and government. As such, it provides the blueprint for the behaviour and standards that are to be used to navigate modern society. Non-White individuals can expect rewards and opportunities in a White society, if they follow said blueprint, internalise the resulting violence against their ethno-racial identity and embrace whiteness as the norm without interrogating it or even identifying it as such.

When Black people and other racialised groups systematically assume that whiteness is the unique acceptable reference for how to act, look or conduct specific activities in society, and simultaneously belittle, stereotype, shun or depreciate elements of Black cultures and practices, this is an admission that they have internalized White colonial rationale. Consciously or not, they operate based on the belief that whiteness is naturally superior and desirable, while blackness and Black people’s practices and characteristics are inferior, ultimately positioning whiteness as the only model of humanity.

This thinking undermines the ‘African’ or ‘Black’ agency that exposed the relative weakness of white enslavers in Africa who had to resort to merciless repression and taking slaves away to “far-off Americas as a second-best-alternative.” Even so, and as Howard French notes in Born in Blackness: “the captive and trafficked Blacks of São Tomé sent the Europeans who would control them the message that you can take Africans out of Africa, but you cannot so easily take Africa, and all of what that signifies, starting with memories of freedom, away from Africans.” The deviousness of whiteness lies in its machination to repress this agency.

You can take Africans out of Africa, but you cannot so easily take Africa, and all of what that signifies, starting with memories of freedom, away from Africans.

A young Black lady in Winnipeg, Canada, shares this story:

“I had just finished my Social Work Undergraduate Degree at the University of Manitoba and got a Job with Child and Family Services (CFS). I was excited because I had heard a lot about CFS and how they are diversifying and including new voices and experiences. But when I went in for my orientation, I was assigned to a woman who presented a scenario before me as follows: ‘imagine the four burners of an electric stove; the first two burners are the most potent and easily accessible than the back burners. The first two burners represent the Canadian culture and experience, and the back burners represent the culture you brought from your country.’ She stared at me and added: ‘leave your lived experiences from your country where they belong, behind the two front burners, and embrace the Canadian culture.’ I was in disbelief and out of anger, quit the job and enrolled in a master’s program in a different field.”

Leave your lived experiences from your country where they belong, behind the two front burners, and embrace the Canadian culture.

Unfortunately, this Black lady’s experience is not unique, most newcomers in a predominantly White society encounter similar situations, which cause them to question the viability of multiculturalism in societies that claim such a philosophy as its baseline, yet marginalise minoritised social groups.

Arguably, the pressure that comes with assimilating whiteness as the standard of living is often manifested in the phenomenon of “code-switching,” in which some Black people suppress any inherent mannerism, interest and accent when around White people to minimise the risk of being stereotyped or judged negatively.

In some cases, an obsession with whiteness can lead some to bleach their skin: this rejection of blackness and black skin, a practice that can be traced back to colonialism and slavery when a white(r) skin or white ancestry often implied life-saving privileges. In addition, any change of accent, denial of origins, or systematic reverence toward individuals, practices, or customs from predominantly White societies, also reveal patterns of internalised racism.

The reality of code-switching demonstrates how the survival of minoritized groups is often conditioned by the infrastructures of racism and can leave them with no other choice but to ‘play along’.

The following story by a Black man foregrounds this idea:

“I had just arrived in the city [Winnipeg] and boarded a bus home after a tough outing searching for a job. A White woman got on the same bus, and a White man who was already seated asked how her day went. She responded she had worked 16 hours that day, running from one shift to the other. The man was shocked and questioned why she would be labouring her life away when folks like “this black guy”—pointing at me—could easily handle such jobs. Nobody said anything to him. When I alighted the bus, the woman came off with me and apologised on his behalf. I told her there was nothing to apologise about and that I, in fact, would not mind if I could unburden her from her laborious work shifts. She said that was great, took my number and landed me my first job.”

The man was shocked and questioned why she would be labouring her life away when folks like “this black guy”—pointing at me—could easily handle such jobs. Nobody said anything to him.

In predominantly White societies, the gatekeepers of resources and opportunities are often White people – or people who have normalised whiteness as a standard. Unsurprisingly, to access these resources, one is often required to “play alone” the dictates of whiteness and its antagonising dynamics, thereby internalising harmful and depreciating narratives toward the racialised others. 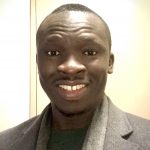 Benjamin Maiangwa is Assistant Professor in the department of Political Science at Lakehead University. Maiangwa’s research focuses broadly on the intersection of politics, culture, and society. His recent publications use storytelling, action research, and critical ethnography to explore notions of contested belonging, mobility, and how people experience conflict and peace in everyday life. 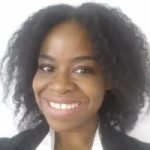 Christiane Ndedi Essombe holds a Master of Public Health from the University of Montreal School of Public Health. She has worked with various marginalised populations, such as people with albinism in Tanzania, migrating people at the US/Mexico border, survivors of the Colombian armed conflict and refugee claimants in Montreal. Her current projects focus on interrogating racial violence in African contexts and its link with internalised colonialism in people of African descent.