What is the most common injury in netball? Data from the 2019 Netball World Cup

Our research reveals netball injury data that has never previously been available.

Netball is a physical game that requires muscular endurance, bursts of intense activity and sudden changes of direction, multiple jumps and landings, and rapid acceleration and deceleration, exposing players to injury. While netball initially started as a non-contact game, it evolved into a sport that promotes a degree of physicality between players contesting for the ball, which increases the likelihood of injury.

The game mainly attracts females but is also played by males. A netball team comprises seven players contesting against an opposing team in close-contact play. At an international level, a netball game lasts 60 minutes, consisting of four 15-minute quarters.

What do we know about injury and illness in Netball?

Injury and illness surveillance during the Olympic Games showed that 11% and 7% of the athletes incurred at least one injury or illness respectively, but the incidences varied widely among sporting disciplines. Currently, netball is not part of the Olympic Games sporting codes, and elite netball lacks injury and illness surveillance. From the minimal data available on sub-elite players (provincial, interstate, inter-district, university and club level), ankle and knee injuries are the most commonly reported, with ankle sprains a problem at all levels of competition. The most common pathology types are ligament sprains, muscle strains and contusions. Incorrect landing and contact with another player are the most common mechanisms of injury reported.

Illness can cause a reduction in the exercise performance of athletes. It may contribute extensively to absence from match and training days, potentially causing a considerable burden on teams to stay competitive. Similar to other international sports competitions, netball players travel to various locations, subjecting them to different environmental conditions, diverse populations and pathogens. They also share rooms and bathrooms and eat in the same dining hall, which may increase the risk of illness contraction. Previous studies in all sports codes also showed that female athletes are at a significantly higher risk of contracting illnesses than male athletes.

The growing interest in netball as a sport, and the desire of national teams to become more competitive, make the compilation and analysis of injury and illness data increasingly important.

Limited injury and illness surveillance data currently exists for the most prestigious global netball event. Myself and colleagues at the University of Liverpool therefore aimed to describe the incidence, period prevalence, types and severity of injuries and illness in elite netball players during the international Netball World Cup 2019 (NWC2019) tournament played in Liverpool, England.

Uncovering injury and illness data during the 2019 Netball World Cup

Sixteen netball teams (squad size limited to 12 players per team; n=192) competed in the 10-day NWC2019 tournament. Five teams automatically qualified by their high-ranking position in the INF world rankings, and England qualified as the host nation. The remaining ten teams qualified via regional qualification tournaments, with two teams selected from each of the five international netball regions: Africa, Americas, Asia, Europe and Oceania. All players consented to the research study.

The tournament’s medical staff recorded injuries, illnesses and time-loss of all players. The injury and illness surveillance forms provided basic demographic information (country and age). We reported the results in the injury and illness categories following the guidelines of the IOC Consensus Statement. We then logged the frequency of match injuries for the main categories: main anatomical body region; specific body area; tissue type and pathology; and severity of injuries (0 days, 1–7 days, 8–28 days, >28 days time-loss).

We additionally reported on the type of contact and phase of play, the specific position of play and combined position groups [shooters (GA, GS), center court (WA, C, WD), defenders (GK, GD)], and the frequency of injuries per match.

Finally, we recorded the frequency of illness for all tournament days in the following main categories: main organ system and diagnosis of illness; aetiology of illness (infective vs non-infective); and severity of illness (≥1 day time-loss).

During the 10-day tournament, we recorded 840 injury match player hours for the 192 players. 39 players sustained 46 match play injuries, calculating an injury incidence of 54.76/1000 player-hours and an injury period prevalence of 20.31%.

We recorded 1440 illness player days for the 192 players during the 10-day tournament. In total, 11 players contracted 11 illnesses, calculating an illness incidence of 7.64/1000 player-days and an illness period prevalence of 5.72%. Respiratory tract illness, specifically upper respiratory tract infection, contributed 36.36%, followed by gastroenteritis and dysmenorrhea (18.18% each). Non-infective illness (72.73%) was more common than infective illness (27.27%). Most illnesses did not cause time-loss from tournament play (90.91%).

This is the first study reporting injury and illness during a NWC. The ankle is most commonly injured, and center players sustain most injuries. Contact was the primary mechanism of injury, and 2/3 of injuries did not result in time-loss. 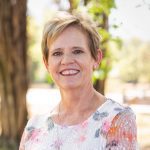 Christa Janse van Rensburg is a Sport and Exercise Medicine Professor at the University of Pretoria. She is a Founding Member of the College of Sport and Exercise Medicine in South Africa, Past President of the South African Sports Medicine Association, Fellow of the American College of Sports Medicine, Committee member of World Netball, Member of FIFA’s injury and illness surveillance methodology Consensus Group, and International Tennis Federation’s Classification Science Advisory Group.

She has published over 100 peer-reviewed publications. Her DMed (PhD) proved that exercise benefits patients with rheumatoid arthritis, while her current research focuses on travel effects on athletes, injuries and illness in different sporting disciplines. She is also a sports physician for various sports teams at the Olympic, Commonwealth, and All-African Games.