A study by Brigham Young University has found evidence that links Alzheimer’s disease to metabolic dysfunction within the brain, which may be exacerbated by an unhealthy diet.

Ever since Alzheimer’s Disease was first described in 1906 by Doctor Alois Alzheimer, immense progress has been made in trying to understand the disorder and what triggers it. The more scientists learn about Alzheimer’s, the closer they can get towards finding a remedy or a cure.

By now, scientists know that certain risk factors such as cardiac disorders, stress, hypertension, or genetics cause changes in the brain’s chemistry which then triggers the symptoms of Alzheimer’s, such as memory loss, impairment of cognitive abilities, and the eventual loss of bodily functions. Governments funnel billions of dollars into Alzheimer’s research because it is one of the leading causes of death and a solution is urgently required.

A study by Brigham Young University has found evidence that links Alzheimer’s disease to metabolic dysfunction within the brain, which may be exacerbated by an unhealthy diet. This study is one in a recent series of similar studies that have found strong proof that Alzheimer’s results from ‘Type 3 Diabetes’. This form of diabetes refers to insulin resistance of the brain which happens when Type 2 diabetes is left untreated.

A team of researchers from this university carried out a post-mortem examination of RNA sequences from 204 people who had been diagnosed with Alzheimer’s Disease. The goal was to study the gene expression in brain cells during glucose metabolism and ketolytic metabolism.

During glucose metabolism, the brain, like all parts of the body, breaks down glucose to obtain energy in order to perform its tasks. During ketolytic metabolism, the brain draws energy from ketones, which are a type of molecule formed when the insulin levels in the body are low and the body is burning a lot of fats. For example, if someone is following a ‘keto diet’, the low-carbohydrate and high-protein foods that are consumed induce the body to burn fats instead of carbohydrates and this releases ketones. Ketones are an alternative source of energy for the brain. The healthy human brain can switch from glucose to ketones as the source of its energy.

However, the analysis of the samples from Alzheimer’s patients revealed extensive glucose metabolism impairment in the support cells of the brain and nervous system. However, the impairment of ketolytic metabolism was found to be limited. This means that the brains of people with Alzheimer’s are unable to break down glucose but face no problem metabolizing ketones. Hence, the Alzheimer’s brain must rely only on ketones for energy.

This has also led the researchers to conclude that turning the brain from a multi-fuel (glucose and ketone) engine to a single fuel engine (only ketones) further damages the brain and makes Alzheimer’s progressively worse.

Our diet is largely responsible for this. The foods people consume flood their bodies, including the brain, with glucose, but not enough ketones. The Alzheimer’s brain, which cannot process glucose, slowly begins to starve in the absence of sufficient ketones. This eventually leads to functional brain failure.

This study is the first to prove that even when glucose metabolism in the Alzheimer’s brain stops, ketolytic metabolism will continue. Hence, further studies need to be carried out to find how ketones can be utilized to treat or halt Alzheimer’s Disease

Alzheimer’s Disease is not reversible. Caregivers who look after their loved ones diagnosed with Alzheimer’s can find the experience to be draining and have to deal with the grief on a daily basis. To be able to help more efficiently and for their own psychological health, caregivers and family members should consider undergoing therapy, lifestyle changes and other treatments. 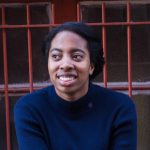 Marleena Garris is a reporter at Breakthrough.