In the year 1557, the Portuguese colonised Macau. It was the first European colony in East Asia. Sport, particularly football, was employed by the Portuguese to craft a national identity of Macau and their other colonies, none more renowned than football powerhouse Brazil. Macau football has a storied history between Portuguese colonisation and Chinese modernity.

When the Federation of International Football Associations (FIFA) made the announcement that Qatar would host the 2022 World Cup, some considered it a bold move; others thought it was a mistake due to the country’s human rights records. The controversy notwithstanding, the Gulf country’s aim of hosting the World Cup was to promote a positive image of Qatar and the Middle East.

That is because, football-wise, Qatar is not a top-tier country, even though the gradual improvement of its male national team is eye-catching. From the 99th position in 2010, Qatar currently sits at the 50th position in the latest FIFA ranking, two steps below former African champions Ivory Coast and two above former European champions Greece.

Unlike Qatar, however, Macao is wallowing at the 182nd position in global rankings.

Inasmuch as FIFA contrives an atmosphere of global inclusion for the World Cup, the bragging rights and honour that come with winning ensures its competitiveness still shines through. But not all member nations of FIFA have the capacity to compete on global or continental levels.

Among FIFA’s members, some countries have never qualified for a World Cup final tournament. As of 2018, only 79 countries have been to an edition of the World Cup, with Brazil being the only one to have qualified in all editions between 1930 and 2010. More importantly, only eight countries have lifted the trophy. Only four new nations—Iceland, Panama, Bosnia, and Slovakia—have participated in the three tournaments held since 2006, with the first two making their debut in 2018 for the first time. This demonstrates that, of FIFA’s 120 member nations, some may never be active parts of the history of the World Cup.

Sport, among other instruments, was used by colonialists to exert their dominance on their subjects and colonies. Football, especially, was a powerful instrument that colonial powers employed in crafting national identities for their colonies.

For more than four-and-a-half centuries, continued Sino-Portuguese relations have shaped the political system in Macao. Like many other colonial capitals with military cantonments, football played a major role in fostering and embracing a sense of community in Macao. Underlying the claim that “civilisation through football” occurred, the Portuguese military’s involvement in Macao’s football promotion and sporting events resulted in a competitive yet lighthearted atmosphere that underscored the notion that football helped engender civilisation.

In Macao, numerous football clubs were founded in the 20th century. These football clubs benefited from the associative dynamics that emerged in Portuguese colonies during the first half of the 20th Century. Even though the clubs were unofficial, at least from a institutional perspective, they created a network that replicated the ritual and popular traditions of urban European clubs. When Macao football was in its “golden age” in the 1930s, these procedures were most successful.

However, the clubs experienced short-lived success. Some ceased to exist and others merged to conform to new realities. This demonstrated the lack of institutional acknowledgement of the clubs in the growth of Macao’s sports. After years of economic and political stability, the years between 1942 and 1946 were characterised by deterioration due to World War II.

In a gesture of cultural revitalisation, sports groups became delegates or local affiliates of leading Portuguese football clubs. One of the earliest clubs that emerged was Sporting Clube de Macao in November 1926. It was Sporting Clube de Portugal’s 25th affiliation in the East. In the early 1970s, major football clubs from Portugal frequently toured the colonies to maintain cultural affiliation through football. This was a policy measure aimed at keeping the iconic values of the seat of the empire alive and, at the same time, promoting the practice of football.

The Portuguese Parliament’s proclamation of the Organic Statute of Macao in 1976 was regarded as a defining moment in the administration of Macao, as it conferred considerable political autonomy and the opportunity to organise sports. Simultaneously, Portugal undertook diplomatic measures to reestablish relations with China, a move reinforced through football. In 1978, Sporting Clube Portugal was the first Portuguese football team to visit mainland China, followed by a tournament in Macao.

The globalisation of Macao has been put off regardless of its team’s participation in the FIFA World Cup qualification rounds. Although Macao football’s successes in official competitions during its colonialisation did not produce any trophy, its highest FIFA men’s world ranking (156) to date came in 1997 while still under Portuguese authority.

The cultural heritage of Portuguese colonisation made possible, and then sustained and strengthened, Macao football. In this regard, we emphasise four key elements of this influence that can be observed from several explicit perspectives. First, the experience of several competitions contested since the 1930s, in collaboration and competition with others, left a legacy rooted in the memories that came from participating in such tournaments. Second, the clubs’ origins and histories were founded on associative governance. Third, Macao’s major football clubs adopted the names, colours, crests, and uniforms of Portugal’s major clubs, thus generating and reinforcing visual symbols. Lastly was the exchange relationship between the colony and the metropolis of athletes, coaches, and managers.

The transfer of coaches and players from Portugal to Macao and vice versa has continuously updated the living social memory, and these ties indicate the significance of the Portuguese colonial cultural heritage, even more so twenty years after the handover to mainland China.

As long as Macao was governed by the Portuguese, its actual potential as a football force stayed intermittent. Macao’s FIFA ranking performance has fluctuated between poor and less poor since repatriation to China, indicating that the situation has not improved. In fact, there has been no fundamental change in the governance of the Macao Football Association (MFA) or active government support during the past two decades that may have occasioned greater football development in Macao.

The establishment of corporate governance and regulation is necessary for the long-term advancement of professional football in Macao. Some studies on Macao’s development point to the need for the professionalisation of football, based on strategies that should encompass guidelines to foster the development of skills of all stakeholders. Such strategies include the establishment of a comprehensive training programme for MFA personnel, leaders of clubs, match organising personnel, and youth and senior team coaches. They are seen as an important condition for Macao to realise its performance potential both on and off the field.

Evidently, the prospects of football development has not been fully realised in Macao. Portuguese cultural heritage, as well as the potential of players from Portuguese-speaking countries, such as Brazil or other African countries sponsored by the “Forum Macau”, can play an encouraging and indispensable role in strengthening Macau’s position on the regional scene and in the football hierarchy of Asia.

However, due to Covid-19, the Macao national men’s team has few opportunities to gain more international experience. Unfortunately, the Macao government’s most recently published 2021-2025 plan on economic and social development did not mention anything about sports policy and development – a gap that suggests the government’s policy priorities are in other areas. 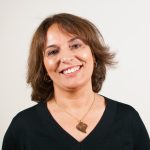 Celia Gouveia is a research assistant at the Centre for Research and Studies in Sociology, University Institute of Lisbon. Her research focuses on the interface between sport, culture, and identity in European and Asian contexts. She has published many articles in international peer-reviewed journals on the political economy of football, focusing on the impact of sports broadcasting and governance.

Sports diplomacy is a strategy to gain soft power, allowing nations to exert influence over each other through gentle means of co-option and attraction.