A study we conducted on women’s football clubs in six European countries found that the level of education about the link between sports training and menstruation, pregnancy, and hormonal contraception was severely low. For instance, only 2% of players surveyed felt that knowledge about the menstrual cycle was well provided at their club.

Our study, conducted from Staffordshire University, included more than 1,100 players, managers, and coaches in various clubs—from the elite to the grassroots level—in England, Finland, Bulgaria, Poland, France, and Spain. We investigated policies, perceptions, and their understanding of the menstrual cycle, pregnancy, and hormonal contraception, through both an online survey and a series of focus groups and interviews.

While some clubs in Europe have instituted good practices in their programs, there was generally acutely limited information about how performances in training and health are impacted by important women’s health issues such as menstruation, pregnancy, and hormonal contraception. Individuals were left to source knowledge about the subjects without support from coach education facilitators and governing bodies.

How can we better optimise performance through knowledge of the menstrual cycle in sport?

In terms of menstrual cycle effects, talk often focuses on how a player is negatively affected, with symptoms in women’s football having been reported to include cramps, sore backs, and tiredness, which can impact training and is thought to also influence performance. However, having a normal, regular menstrual cycle may offer some performance advantages. Although trivial, there might also be performance effects between different phases of the menstrual cycle.

For instance, there are some pieces of evidence to suggest that resistance training carried out towards the end of the first phase of the menstrual cycle (termed the follicular phase) when oestrogen levels are high, can result in improved strength performance, muscle growth and a reduction of exercise-induced muscle damage. There is still, however, ambiguity based on scant and low-quality research, particularly on elite athletes.

With the physiological benefits that can arise from optimising training based on athletes’ menstrual cycles, it is difficult to transfer knowledge into shaping coaching practice designs so that performance outcomes are maximised. Moreover, coaches’ knowledge and understanding of player physiology, within women’s football specifically, is lacking. This is exacerbated by the fact that most of the high-performance coaches of women’s football teams across Europe are men.

Moreover, the stigma of menstruation affects communication between players and coaches, limiting the depth of knowledge acquired. Even when these discussions are held and menstrual cycles are tracked, coaches rarely have the skills to accommodate such individual variances in their training and match day squad selections.

As one coach commented: “We coaches are totally lost… In my career, they did not talk to me about this.”

Consequently, this lack of knowledge inhibits the depth of communication between female players and their coaches on these aspects of performance.

We coaches are totally lost… In my career, they did not talk to me about this.

Nevertheless, there remains a focus on the negative effects of the menstrual cycle on players’ performance. Further education in coaching courses could help to fill this knowledge vacuum. For now, women’s physiology around the menstrual cycle or hormone-based contraception has not been integrated into any coach education courses within the six countries surveyed in our study.

To compensate for this shortfall, clubs have strategically diversified their coaching support staff, bringing in more women who are perceived to be positioned best to help facilitate discussions of this nature. For example, some of our data suggested that some clubs focused on hiring female coaches “because it’s probably easier to talk about these things to a woman” and so that “if they don’t feel comfortable coming to me, they’ve still got that way to explain it.”

But the effectiveness of this strategy – i.e. hiring more female coaches – is questionable. Although more women are appointed as coaches, the coaches may still lack the knowledge and confidence to ensure discussions around womens health issues are held. They may also find it difficult to transform this into meaningful change, particularly if they are not supported by coaching education providers when becoming accredited as coaches in the first place.

Tracking menstrual cycles is a practice used by some football clubs. During our study, we found that menstrual cycle tracking is, however, varied and inconsistent. Even if menstrual cycles are tracked, there are still issues reported regarding the privacy of data, as well as what is done with the data if shared with the coach.

We found that, in some instances, coaches would adapt training with players by, for instance, being “excused from training when they have severe pain”. Other coaches, however, admitted to not altering anything, saying “nothing is going to be adapted” or “‘it’s very much off the agenda”.

This, we found, was because it was felt that it was too difficult to make adaptations or exceptions for individuals in a team sport. Since winning was prioritised over menstrual health, “they definitely care more about winning the match than taking care of the girls’ health.”

They definitely care more about winning the match than taking care of the girls’ health.

One potential solution to these issues is tracking the menstrual cycle via an app. This was employed by some clubs, and it helped avoid the need to communicate, which goes some way in lessening the silence and stigma that is often experienced when opening up about menstrual issues.

Countries reported the absence of policies on pregnancy and maternity. Some players said they were “not aware of such a policy” or of “any support” that would be provided. A player stated, “I don’t even know if maternity leave is in my contract.”

A female coach told us, “If a player comes to me and says, ‘I’m going to have a child, so I’ll stop for a year,’ I’ll have a breakdown.” This suggested that pregnancy announcements were not met favourably.

If a player comes to me and says, ‘I’m going to have a child, so I’ll stop for a year,’ I’ll have a breakdown.

Although there are examples of women footballers who have successfully continued their playing careers following pregnancy, they are in the minority. For many of the players interviewed, pregnancy was deemed career-ending, resulting in “great players… fall[ing] away from the game because they simply haven’t got that support mechanism at home to carry on,” or for financial reasons, because “there was no support.”

Due to this lack of support from the top for pregnancy and childcare, the players had to bond together by, for instance, looking after the children of their teammates, and describing this support as “solidarity”.

So, what now for women footballers and their coaches?

Based on our findings, we propose that more educated women coaches are needed to provide consistent and accurate content about how female sex hormones affect football performance, training, and health. We need to go beyond simply formulating a policy on pregnancy and childcare. We should move towards open and unambiguous dialogue, where we can discuss how hormone-based changes through the players’ lifespan can impact their welfare and performance.

Without dialogue and investment, women footballers may have to continue pulling together to support each other in their choices regarding the effects of the menstrual cycle, use of hormonal contraceptives, pregnancy, and childcare. This may lead to misinformation being dispersed among players. 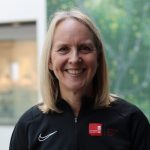 Jacky Forsyth is an Associate Professor of Exercise Physiology at Staffordshire University who researches on women’s exercise physiology. Her main priority in research is about promoting, raising awareness and advancing understanding of the key influences which impact the exercising woman. She co-founded the Women in Sport and Exercise Academic Network and publishes regularly in peer-reviewed journals on the interaction effects of ovarian hormones, exercise and health. 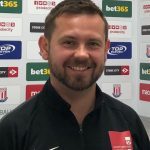 Alexander Blackett is a Senior Lecturer in Sports Coaching at Staffordshire University and course leader of the MSc Sport Coaching online degree. His research focusses on sport coach education, learning, and development. Alexander also leads the Staffs Uni-field Sports Research Alliance, which seeks to analyse the involvement of marginalised groups in sport and physical activity. 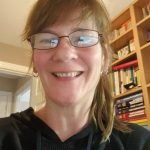 Lorna Sams is a Research Associate with the Centre of Health and Development at Staffordshire University.

England's womens team won the nation's first international tournament for over 58 years. Our survey assesses the views of British football fans on women's