Introduction: the long wait is over

It took only 58 years for England’s senior footballers to win a major international tournament again, following the World Cup triumph way back in 1966. Then, it was Queen Elizabeth II presenting the trophy to the hand-cleansing, iconic England captain, Bobby Moore. The pair looked no less than an aspiring Bond and an especially glamorous and stylish young woman suitor. Decades later, in 2022, how much did it really matter that it was England’s women who would break the long bout of national depression when they were crowned European football champions?

At Wembley Stadium, a record crowd for any European Championship final, men or women, saw England’s women finally wear down Germany after extra time. The sheer, inarticulate joy of all those concerned was hard to resist, even if all the usual hangers-on tried later to bathe in the reflected glow of this national success. The prospective new UK Prime Minister, Lyn Truss, for example, emerged as a keen fan of football, and the women’s game (she even later name-tagged the disciplinarian Leeds United manager Don Revie as someone whose ‘spirit’ might be channelled to revive Britain’s wider fortunes).

The overwhelming national feeling in the summer of 2022 seemed to be one of great pride in a journey’s successful end for English football. However, in 2021 over 90% of women surveyed by the #Her Game Too campaigning group reported that they had witnessed online sexist abuse towards women in football, with 63.1 percent experiencing it directly themselves.

Some minds, clearly, still needed changing about the role of women in sport.

Women’s sport on the rise?

Back in September 2012, the then UK Minister for Media, Culture & Sport, Maria Miller, wrote to mainstream UK broadcasters urging them not to cut their coverage of women in sport, which had briefly spiked because of GB’s successes at the London Olympics. Unsurprisingly, this intervention meant that British TV licence holders would now hear and see much more coverage of women’s sport on BBC outlets, though rising costs and increased competition for ‘live’ elite men’s sport between satellite TV providers, also meant more coverage of women’s cricket, rugby union, hockey, and netball on commercial pay-to-view sports networks in the UK.

Interviewed five years later, in 2017, the BBC’s first female head of sport, Barbara Slater, argued that coverage of women’s sport had been ‘transformed’ on the BBC since 2012. She claimed that close to 30% of all live sport on the channel now involved women as competitors. Moreover, of the 12.4 million aggregate audience who had watched BBC’s live coverage of the FIFA Women’s World Cup in Canada in 2015 (more than double the TV audience for the 2011 women’s finals), almost half (48%) had previously watched no women’s sport at all.

Around the time of the FIFA Women’s World Cup finals in 2015, and using football fan message boards to collect our sample, my colleagues and I at the University of Leicester conducted an online survey of British football fans for their views on the women’s game.

Of the fans who eventually completed the survey (n=2,347), some 83.4% were men – slightly higher than the estimated ratio for live attendances at elite professional men’s matches in England. Most respondents had watched at least some Women’s World Cup fixtures live on TV during the finals, even though matches were often shown into the early morning hours.

Many survey respondents described the finals positively and some drew favourable comparisons between England’s women international players and their male equivalents. Elite women players were argued to play the game more respectfully, and with more enjoyment, compared to highly-rewarded, elite male players, whose ‘entitled’ conduct on the field was often criticised.  Women were also deemed to play with a greater sense of ‘fairness’ than occurs in top level men’s football – less ‘diving’ and less trying to ‘game’ the officials.

However, some resistant men insisted that this aspect of the women’s game is little more than a signifier that elite women’s football lacks the seriousness and the intense physicality and competitiveness of the men’s equivalent. There also remained a view, held mainly among male fans, that the media – especially the BBC – was behind a campaign to promote opportunities for elite women’s sport in male domains, that it simply did not deserve.

This alleged ‘over-promotion’ of women’s sport was seen to be part of a wider equality agenda promoted among liberals that sought to penalise men and ‘their’ sport and had little to do with sporting excellence, or indeed the real market demand for women’s sports TV coverage.

Nevertheless, our respondents who had actually attended women’s matches were generally approving of the sporting nature of fan involvement and of the supportive and inclusive climate at women’s games. However, the so-called ‘family atmosphere’ typically generated at women’s football in England was clearly anathema for some men, and also for some women fans of the men’s game. It made women’s football seem less intense, and so, less important.

Some men who had attended (possibly junior) women’s matches in Britain were also highly negative about the quality of play involved, regularly invoking comparisons with very low-level versions of male football. ‘Terrible,’ began a male York City fan (aged 46-55). ‘The standard is so poor it was hard to watch. I left before half-time.’ A male Bristol Rovers fan (aged 26-35), like many men, agreed with him: ‘Awful. The standard was abysmal; it basically resembled a schools’ match.’

Of course, standards in the women’s game in England have risen sharply, even over the past seven years, particularly as the domestic Women’s Super League has grown in terms of resources and prestige. But there remain significant barriers to growing elite women’s club football as a spectator sport in England.

Our respondents typically pointed to a basic lack of information on where and when matches were staged, an already crowded sporting calendar, a deep, prior commitment to men’s football, and residual concerns about facilities, ‘atmosphere’ and overall playing quality. Many of these issues remain potent today.

Our survey findings in 2015 suggested a mixed response, at best, among fans of the men’s game, and an implacable hegemonic resistance among a hard core of mainly male fans to growing and supporting women’s football in England. Will the glorious summer of 2022 change some of these views? Quite possibly.

But its commercial power, residual masculine prejudice, and the historic grip that the men’s game has on the consciousness of most committed fans, are all deeply rooted.  A major challenge still lies ahead for English football’s new European champions. 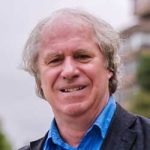 John Williams is Associate Professor in Sociology in the School of Media, Communication and Sociology at the University of Leicester UK, and Co-director of the unit for Diversity, Inclusion and Community Engagement (DICE). He began his research career by exploring fan hooliganism, but has since been involved in research and writing on sports cultures, fandom, and issues of fairness, race and gender equality in sport. His recent books include: (with Andrew Ward) Football Nation (2009); Red Men (2010); and (with Stuart Clarke) The Game (2018) and The Game Revisited (2019). His latest book is Red Men Reborn (2022).