Huddled together at the center of the periodic table, a group of 17 “rare-earth” elements (REEs) has become crucial to modern life. Much of the technological evolution of the last five decades has been made possible by their remarkable magnetic, thermal, conductive, and fluorescent properties. In 1965, europium-doped yttrium salts used as red phosphors helped usher in the age of color television. Ever since, researchers have found increasingly valuable applications of REEs – be it neodymium-iron-boron (NdFeB) magnets found in everything from power windows to computer hard drives, gadolinium-based contrast agents used to enhance MRI scans and diagnose cancerous tumours, or erbium-doped fiber amplifiers that boost the signal in long-distance fiber optic cables and make the internet possible.

The ever-increasing demand for REEs is further fueled by the mineral-intensive transition to clean energy. The International Energy Agency (IEA) reports that “a typical electric car requires six times the mineral inputs of a conventional car, and an onshore wind plant requires nine times more mineral resources than a gas-fired plant of the same capacity.” Using neodymium and dysprosium is essential to make earth’s most powerful permanent magnets, which are used in wind turbines and electric vehicles. While magnets only account for a third of the rare-earth demand, they drive over 90% of their value. REEs also find use in other important clean energy applications such as fuel cells, electrolysers, fluorescent lights, and auto-catalysts.

An MIT study by Alonso et al. estimated that the 2035 global demand for REEs will grow to nearly 450,000 tons per annum, compared to 240,000 in 2020. However, this 2012 study was based on the IEA Blue Map scenario, where carbon emissions are reduced by only 50% by 2050. With countries and companies announcing much more ambitious net zero goals, demand growth will be considerably higher. Global demand has already doubled in the five years from 2015 to 2019 and is expected to further triple by 2035. In particular, the market for magnet REEs – neodymium and dysprosium – is expected to grow much faster than the rest.

REE production is highly resource-intensive and dominated by China

However, the supply side of the equation will be hard to balance. Even though these metals are present abundantly in the earth’s crust, they are called “rare” because of the difficulty in extracting and separating them. Mining and refining REEs is nearly an order of magnitude more energy-intensive and water-intensive than copper and nickel. A ton of REE production leads to 2,000 tons of mine tailings, about 10x those generated from copper and nickel. These tailings are stored in massive impoundments called tailing ponds and contain 1 to 1.4 tons of radioactive waste per ton of REE, which can pollute surrounding areas and contaminate food sources. Villages surrounding the Bayan Obo mine in China, the world’s largest REE mine, have reported elevated rates of cancer and respiratory illness.

Mounting socio-environmental pressure led to a steep decline in US REE production since the 1980s. On the other hand, China employed a consistent industrial policy focused on growing its domestic REE production and emerged as a dominant player in the market. In 2019, China supplied 60% and processed 87% of the global REE production.

The geopolitical situation has spurred the US, Europe, Japan, and other countries to curb reliance on China. Still, environmental risks, regulatory costs, and low-density deposits prevent most countries from competing directly. Furthermore, the over-a-decade-long lead time required to develop new mines indicates that China’s dominance is unlikely to change soon. The geographical concentration and challenges in increasing production point to significant supply chain risks and potential major shortfalls, especially for neodymium and dysprosium, by 2035.

Biological approaches can mitigate both environmental and geopolitical risks

As the world transitions to cleaner energy, countries will need to cope with the twin problems of securing rare earth supplies and ensuring that they are produced sustainably. Recycling REEs from electronic waste can help solve both.

The UN Environment Programme estimates that nearly 50 million tons of e-waste is generated yearly, containing almost $62.5 billion of precious REEs and metals. However, only 1% of REEs are recycled from waste. Existing recycling techniques, such as leaching and solvent extraction, are either economically prohibitive or generate hazardous byproducts. The gap could be filled by emerging approaches such as bioleaching which could achieve environment-friendly and cost-effective recycling.

Bioleaching harnesses microorganisms such as bacteria and fungi to produce molecules that can bind to REEs and draw them out of waste. A 2016 experiment using  Gluconobacter oxydans reported a 49% recovery of REEs from spent fluid cracking catalysts, while another experiment using Acidithiocaillus thiooxidans reported 80-99% extraction yield from shredded electronic waste. However, scaling these experiments from bench scale to a commercial facility is still unfeasible due to slow process times and high overall costs.

In addition to recycling urban waste, another promising approach called phytomining can eliminate the toxic effects of upstream REE mining and allow it to be produced in geographies where regulations prohibit current methods. Phytomining uses “hyperaccumulator” plants, such as hickory and fern, which remove metals from REE-rich soil and wastewater. The metals get accumulated in the plant’s roots, stem, and leaves which are pyrolyzed, burnt, or composted to recover concentrated bio-ore. In the process, the plants also remediate contaminated sites and restore environmental health. Indonesia already uses this technique to extract residual nickel from stripped land and ensure effective erosion control.

Using these emerging techniques for REE extraction could significantly reduce environmental damage and enable a smoother transition to cleaner energy. 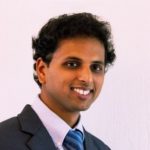 Rishabh Agarwal is passionate about energy transition and is working on scaling technologies focused on decarbonization and sustainability. He has worked for over a decade in the energy sector with TotalEnergies and Bechtel. He has an MBA from Wharton Business School, USA, and a master’s in petroleum engineering from IFP School, France.

These shapeshifting microrobots can brush and floss teeth, kill bacteria

The technology provides a new automated way of brushing that could help people with mobility issues.