Among several effective treatments of non-melanoma skin cancers, some may result in a better cosmetic appearance after treatment.

The two types of surgery the scientists reviewed were conventional excision and Mohs micrographic surgery. The former involves completely removing the location of the cancer and then suturing the skin closed. Excision surgery is a commonly used type of skin cancer surgery. A thick layer of skin is cut away using a scalpel, and then the wound is sutured. This type of surgery is effective in treating superficial skin cancers, especially in areas with normal skin appendages. However, it leaves a visible scar on the skin.

The Mohs surgery is more detailed. It involves the surgeon removing the cancer layer-by-layer, while carefully inspecting the tissue between each layer. This is done until the cancer is totally removed. Although this procedure is effective in eradicating skin cancers, it is not done in every case because of its high cost.

In addition to surgical treatments, the study examined brachytherapy and external beam radiation therapy (EBRT), two types of radiation therapy which are effective alternatives to eliminating skin cancers when surgery is not an option.

Although surgery is commonly used as a form of treatment, it may not be the preferred approach for some patients. For instance, older patients may not be unable to undergo surgery for various reasons. In other cases, the cancer may be close to a major organ such as the eye or nose, making the surgery too complicated. In such cases, radiation therapy may be the preferred option.

The most commonly used type of radiation therapy is EBRT. It employs a device to direct beams from outside the body to the cancerous tissue. It uses a style of high-powered X-ray machines to deliver a concentrated dose of radiation to a specific area. It’s an effective mode of treatment for all types of cutaneous malignancies, but this form of therapy causes damage to healthy tissues around the area being treated, which limits its use for some types of skin cancer.

During brachytherapy, the beams are aimed closely at the cancerous tissues. Instead of the radiation penetrating deeper into the body – as is seen in other therapies – radiation in brachytherapy only goes a few millimetres or centimetres deep into the body (hence the term “brachy” or “short.”)

“Based on our analysis, it appears that radiation can be a good alternative treatment to surgery,” Zaorsky said. “It shouldn’t necessarily be thought of as something that’s an antiquated treatment that will result in a high chance of the cancer coming back or having unfavourable cosmetic outcomes.”

Skin cancer is one of the most common forms of cancer in the United States, with about one in five persons likely to be diagnosed at some point in their lives. According to The American Cancer Society, there are about 5.4 million cases of squamous and basal cell carcinomas recorded annually in USA. While they are rarely fatal, these cancers require treatment to manage.

Study findings and other considerations

The researchers performed a meta-analysis of 58 studies involving more than 21,000 patients with non-melanoma skin cancer. The analysis included data about the type of cancer, the type of treatment received by patients, the rating of the cosmetic appearance of the site of the cancer after treatment, and cancer recurrence rates after one year. Cosmedic appearance post-surgery was rated “good,” “fair” or “poor.”

From the data analysed, the researchers discovered that conventional excision, Mohs surgery, EBRT, and brachytherapy respectively achieved a “good” cosmetic rating 81%, 96%, 75%, and 98% of the time. In comparison to the other cancer treatments, Mohs surgery and brachytherapy had more “good” and “fair” ratings.

All four types of treatments have similar and low rates of recurrence, meaning other deciding factors should be used when selecting the treatment type. For example, the cost of treatment, clearly favours surgery, which should be considered when other conditions are met. The cost of hospital-based hypofractionated radiotherapy for a single skin lesion can range between $2,000 and $8,000, while the costs of Mohs micrographic surgery and conventional excision are substantially less, not exceeding $1,000, excluding pathology costs.

Depending on treatment availability, locality may play a significant role in deciding on surgery versus radiation. Other factors include the willingness of a patient to endure invasive surgical procedures as well as the time available for treatment. Furthermore, if the area affected is non-important cosmetically (such as the hip or trunk), the patient may opt for a surgical procedure because of other advantages.

While all four types of skin cancer therapies have their own benefits and drawbacks, all are highly effective. However, Mohs micrographic surgery and brachytherapy  result in better aesthetic results. Surgeons may consider aesthetics training to learn how to improve overall patient cosmetic appearance post-surgery.

These findings have the potential to improve the industry’s guidelines for the treatment of skin cancer. 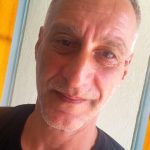 Zoran Markovic is a reporter at Breakthrough.