In Germany, soccer becomes more than just a sporting contest: It also has the power to affect collective attitudes, identities and change national image. This is football-related nationalism.

The 2022 FIFA World Cup in Qatar, one of the biggest sporting events in the world, is just around the corner. Despite the political controversies surrounding the host country, millions of people in my home country of Germany – and in other soccer-obsessed countries – are eagerly awaiting the tournament. In Germany, as (almost) the entire nation tunes in to watch the national team, soccer becomes more than just a sporting contest: It also has the power to affect collective attitudes and identities. This is called football-related nationalism, and it is the focus of my research at the University of Giessen.

Based on a longitudinal panel study surrounding one previous major soccer event, the UEFA EURO championship, we found that Germans became more and more patriotic with each victory of the German team.

To study if and how attitudes towards Germany shift during an international soccer tournament, a representative population sample was questioned three times: before, during and after the soccer event. The boost of national pride was found in the majority of the population – specifically, in all those who followed the live broadcasts of the German team’s matches. This increase was substantial, especially among passionate soccer fans and so-called ‘football patriots’, who were strongly emotionally involved during the competition. However, patriotic pride did not change much among the minority of Germans who did not follow the tournament. Similar patterns also emerged in an analysis of collective happiness levels: Germans were happier and prouder during the UEFA EURO compared with the periods before and after the tournament.

In addition to soccer heightening national pride and happiness, a recent paper published in the European Journal of Sport and Society shows that watching the games also influenced which attributes and characteristics Germans associated with their nation.

During the tournament, soccer fans linked their own country much more strongly with notions of diligence, discipline, team spirit or fairness than they did before the tournament. These characteristics resonate with traditional stereotypes about the German nation, and they often appear in soccer broadcasts. For instance, research on soccer broadcasts shows that commentators frequently describe the German national team, as well as individual German players, as organised, disciplined and efficient, whereas they stereotypically portray Brazilians, for instance, as playful, creative individualists.

Media matter: Adding an extra dose of values and affectivity to sport

Studies from North America have already shown that TV coverage of international sporting events include a nationalistic bias. For instance, US broadcasters attribute medal victories of US athletes during the Olympic Games significantly more often to virtues like intelligence, courage, or effort, whereas victories of foreign athletes are reduced to resulting from their alleged superior physical prowess. Hence, media coverage of elite sports tends to interpret success and achievement by domestic athletes as resulting from positive character traits, merit and effort and not merely physiological factors.

It is not only values, however, that sportscasts reproduce. They add affectivity to elite sports, also. The specific media framing of sport intends to ignite emotions. For instance, reports about the personal background of domestic athletes create closeness to and familiarity with them; as such, viewers come to feel like they ‘know’ these elite athletes. Similarly, the often-heard ‘goal’ cry of a soccer commentator aims at transmitting the drama of a game from the stadium into the living room at home. These forms of presentation leave an impression on the recipients: The audience gets more excited. Experimental findings suggest that emotional involvement is an important prerequisite for sport-related national pride to develop.

Taken together, media representations of sport seem to play an important role in the construction of national images and identities, simply by reproducing national stereotypes and adding emotional and value-laden narratives that relate to the nation.

What does that mean for the 2022 FIFA World Cup in Qatar? Many observers would agree that the circumstances of this year’s World Cup are far from normal. At least in the Western hemisphere, the host nation is viewed with overt skepticism. For instance, reports about exploitative and dangerous labour standards at the stadia construction sites are omnipresent in current discourse and leading media outlets have adopted a highly critical stance towards the event. Political activists even call for boycotts, and these calls receive surprisingly high approval. Hence, emotions are somewhat flawed due to this critical stance towards the host.

The time of year can also play a role. Germans, for example, are used to celebrating their soccer parties in beer gardens in the sunshine of July. The exuberant mood and the sense of community certainly help to create a feeling of ‘We-ness’. In the cold November rain, things will be different: With temperatures close to zero, there will probably be no public soccer watch parties. This removes another crucial condition for emotional contagion.

Finally, national pride is certainly influenced by the performance of the German national team. After the disappointing exit from the 2018 World Cup preliminary round – an event that generated national frustration rather than national pride – expectations are subdued. Therefore, much depends on the outcome of the tournament.

One thing, however, is certain: The future world champions – although only a team of 23 – will make their whole country proud. This is the beautiful potency of the world game, which, due to its popularity, reaches the broader masses in more ways than just a sport. 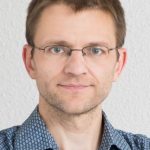 Michael Mutz is a professor in Social Science of Sport at the University of Giessen, Germany. His research focuses on international mega-sport events, their legacies and their impact on society. In this regard, he has investigated football-related nationalism, the media portrayal of Olympic victories, and the social integration effects of sports clubs. Mutz works at the intersections of sociology, social psychology and political science. Currently, he chairs the section Sociology of Sport at the German Society of Sport Science. 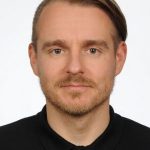 Markus Gerke is a visiting scholar at the Department of Sociology at Middlebury College in Vermont. His research focuses on how sports fans and spectators actively engage with professional sports, and how sports impact collective identifications, attitudes, values and political outlooks in the population. He has investigated football-related nationalism, the media portrayal of Olympic victories, and the politics of organised soccer fan groups in the US and Germany.

Biodiversity conservation in times of crisis: How did COVID lockdowns affect wildlife management?

COVID-19 lockdowns affected wildlife conservation in unpredictable ways. How do we prevent the negative effects of this happening for future global crises?

The infrastructures of racism: how white norms inferiorise Black people

Our research at Lakehead University focuses on how people of different races experience conflict and peace in everyday life. In this article, we argue