Sports diplomacy is a strategy to gain soft power, allowing nations to exert influence over each other through gentle means of co-option and attraction.

What is sports diplomacy, anyway?

It is often said that politics and sports do not mix, this is one of the great fallacies. Although most organizers of sporting events and tournaments claim (or intend) to operate in an apolitical fashion, politics can be observed through the host nation’s location, staff members, sponsors, athletes, as well as their spectators and fans. Modern sports are one of the most international industries in modern society. For instance, international sports leagues have found a way to return to the televisions of their global audiences by broadcasting and streaming content, thus circumventing the travel disruptions caused by restricted travel due to COVID-19. The wide appeal and entertaining nature of sport makes it an attractive target for political action, where the eyes of the world are watching. The attractiveness of sport to promote political ideology forms the basic idea of sports diplomacy. However, as not all is created equal in sport, not all is equal in the way sport can be used for diplomatic gains. Sport diplomacy is complex, and theory exists which suggests how sports diplomacy can be effectively used by a nation (or groups working in the national interest) to promote favourable political messages to a captive audience.

How does sports diplomacy work?

Sports diplomacy is based on the idea of soft power, a concept introduced by the American political scientist, Joseph Nye. Soft power explains one half of the ‘carrot and stick’ in international diplomacy. Hard power approaches (such as war) are the stick, whereas soft power approaches attempt to allow nations to gain influence over each other through gentler means of co-option and attraction. Sport is a highly attractive commodity which naturally fits the soft power approach. Fans of a nation’s sport heroes will travel the globe for a chance to see them participate, and high-profile sport stars and teams are often the subject of tourism campaigns.

It is important to remember that the sports star, or the team they belong to, needs to be attractive to audiences. Attractiveness in sport diplomacy typically means that athletes and teams demonstrate high levels of success and skill, freedom from scandal, and possess similar values to their audience. Soft power (and by extension, sports diplomacy) works when the message being shared fits the audience, without this fit there is no element of attraction. This is one reason why, despite the hype and intentions (along with vast financial might) of the Chinese Super League (China’s premiere football league), the clear difference in culture and values made it an unattractive prospect for most fans outside of China.

Much like soft power in a wider sense, sports diplomacy relies on a base level of cultural and societal linkages between like-minded and friendly nations to be successful. This is one of the reasons why ‘Ping Pong Diplomacy’ efforts, although significant, cannot be truly considered as effective sports diplomacy. Ping pong diplomacy is the term given to a 1971 U.S. Table Tennis Trip to China, whereby nine players from the U.S. team became the first delegation of Americans to visit the country in decades. The Ping Pong Diplomacy exercise proved effective in the Cold War but was not able to provide any lasting or wide-reaching impact among the general populace of either the United States or China. Indeed, the mission itself was shrouded in mystery with President Nixon’s last-minute attendance.

The sports diplomacy model differs from Ping Pong diplomacy in several areas, including intended outcomes, notably lasting attraction, and co-option of values. Rather, Ping Pong diplomacy sought to reduce Cold War tensions rather than to build functional relationships in the promotion of peace.

The main activities of the AUS+RALLY campaign included digital diplomacy through the Official Twitter @AustraliaInJPN, in-person events run during the duration of both major events, and the Australian Olympic Connect 2020 Tomodachi Program. The combination of these three main actions allowed for multiple opportunities for the citizens of Japan to interact with Australian culture as well as Australia’s Olympic stars. The aim was to broadly enhance Japanese attachment towards Australia and its Olympic athletes. There are artefacts demonstrating these efforts. A Fuchu banner, for example, helped recognise the link between Fuchu City and the visiting Australian athletes. There was also a Japanese language booklet on the Australian Dolphins Olympic swimming team, published by citizens of Nagaoka City where the Dolphins were based for their pre-games training. These highly public and bi-lingual resources evidence how the medium of sport can build the desired relationship and goodwill between Australia and Japan.

What does this all mean for sports diplomacy and major sporting events moving forward? 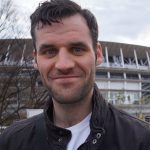 Alex Best is a PhD candidate and Sessional Academic at the School of Business and Law, Edith Cowan University, Western Australia. Currently, Alex teaches across various business and management disciplines at the School of Business and Law. His main research interests cover sport management, technology, innovation, and not-for-profit sport, particularly in a Japanese context. Alex lived and studied in Japan for one year as an Australian Government-supported New Colombo Plan Scholar.