We argue that Qatar's 2022 FIFA World Cup is a means by which the country is 'sportwashing'. That is, directing attention away from its moral transgressions.

The decision to host the 2022 FIFA Men’s World Cup in Qatar was met with widespread shock. Aside from the small matter of Qatar being too warm to host matches in the summer, when the World Cup is traditionally played, it also possesses a woeful record on human rights. This record is especially bad when it comes to the treatment of migrant workers, women’s rights, and the status of LGBTQIA individuals.

According to an investigation by The Guardian, 6,500 migrant workers have died in Qatar since 2010, when the decision to host the finals there was made. Among these deaths, 37 have been directly linked to the construction of World Cup stadiums. In hosting the World Cup, which commands an audience of 3 billion viewers, many have felt that Qatar would be engaging in a form of sportswashing.

The term ‘sportswashing’ descends from ‘whitewashing’, which in itself is a metaphor involving lime or paint that is used to turn a surface white. ‘Whitewashing’ is a general practice for covering up the dubious aspects of someone’s behaviour to present them in a positive light.

Sportswashing is a particular form of whitewashing, in which sports is used to promote a positive image and to direct attention away from the sportswasher’s moral transgressions. As  Michal Kobierecki and Piotr Strożek argue, this may be done by distracting away from the moral violation, minimising its importance, or presenting it as normal behaviour that many others also engage in.

With this year’s World Cup, one of the most popular sporting competitions in the world is being used to promote a positive image of Qatar. The hope is that the positive associations that people have with the World Cup will transfer over to its hosts and that people will come to feel more positively towards Qatar. When people think of Qatar, they should think of the World Cup, not human rights abuses. When people type Qatar into Google, they should find pages about football, not inhumane working conditions for an underclass of migrant labourers.

This case fits with what we argue are paradigm features of sportswashing: the moral violations in question are serious and widespread rather than trivial and isolated, the sportswasher is a state or regime, and the sportswashing is done through strategically hosting events or acquiring sports entities. Departures from the paradigm are possible in all three dimensions – perhaps corporations guilty of lesser sins might engage in sportswashing through sponsoring the construction of sports infrastructure – but the case of Qatar instantiates all of the criteria quite compellingly.

What is wrong with sportswashing?

The most obvious answer is that, if it is successful, then it will facilitate the continuation of Qatar’s human rights abuses. Sportswashing may allow Qatar to avoid the reputational costs that would normally come from engaging in human rights abuses.

That is not the end of the story though. As we have argued, sportswashing also damages the sport, those who play it and those who love it in two ways. First, sportswashing makes those football players, journalists, and fans complicit in Qatar’s human rights abuses. This may sound odd at first. Footballers and football fans have not (standardly) exploited migrant workers and oppressed women and sexual minorities, nor have they been involved in the mistreatment of migrant workers. So how can they be complicit in these wrongs?

Sportwashing also corrupts what is valuable in sport. The World Cup is a valuable piece of sporting heritage. It has existed for almost a hundred years. In that time, it has featured many of the game’s greatest players and created some of football’s most memorable moments: Carlos Alberto’s wonderful finish to a fantastic team move from Brazil in 1970, Maradona’s incredible dribble from his own half to score against England in 1986, and Senegal’s giant killing win against European Champions France in 2002. These memories are part of a rich cultural heritage and players know that playing in the World Cup gives them the chance to make their own contribution to this long and special history. Many fans measure their lives by these tournaments and have fond memories of watching big games with their friends or family, including those who are no longer around. Sportswashing takes this precious cultural resource and uses it as a vehicle for immoral ends. It takes something sacred and renders it profane.

What can those who love sport do about sportswashing?

Even if we come by our complicity innocently, we are faced with the question of what to do about it. As Charlotte Knowles has argued and as we agree, often we have an obligation to resist rather than entrench our complicity. One obvious answer is that they could boycott the World Cup. Players could refuse to play, journalists could refuse to cover it, and fans could decline to watch. If all players, fans, and journalists did this then they would make a powerful statement against sportswashing and prevent the World Cup from being used in this way.

However, choosing not to take part would represent a major sacrifice for many individuals. For players and journalists, it could mean missing out on what would have been the most important moments of their careers. The sacrifice might also be considerable for many fans. Wales, for example, have not been to a World Cup since 1958. Most Wales fans will never have seen their team play at a World Cup, and might reasonably wonder when their next chance will be. To ask these fans to boycott the World Cup is to ask a lot, especially as any boycott is likely to be ineffective if it does not receive mass support.

There may, though, be another way. Qatar will only succeed in sportswashing if people do come to associate them more with a wonderful football tournament than with human rights abuses. But this may not happen if players, fans, and journalists make a point of repeatedly highlighting these issues and not allowing them to be swept under the carpet.

The Norwegian team have already provided a clear example of how this might be done by wearing T-shirts with the slogan “human rights – on and off the pitch” in a qualifying match against Gibraltar. While this and similar gestures may be accused of being too little to foment real change, using the World Cup to raise awareness of human rights abuses can help specifically to thwart the sportswashing ambitions of Qatar.

Even if we dare to be optimistic for a moment, it is surely too much to hope that sporting teams and associations will end human rights abuses in Qatar. Still, we might all hold out hope that an accumulation of measures taken to keep attention on human rights could cause this year’s World Cup to backfire as a sportswashing endeavour, and deter future sportswashing projects before they begin. 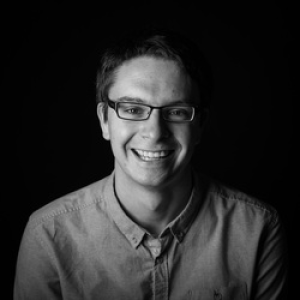 Alfred Archer is an Assistant Professor of Philosophy at Tilburg University in the Netherlands. He has published widely in moral philosophy, philosophy of emotions and the philosophy of sport and is the co-author of Honouring and Admiring the Immoral: An Ethical Guide. He is the vice-chair of the British Philosophy of Sport Association and an associate editor of The Journal of Ethics. Kyle Fruh is Assistant Professor of Philosophy at Duke Kunshan University. He has written on a number of areas in ethics, including the ethical implications of climate change, the nature of promissory obligation, and moral heroism. His work has appeared in Pacific Philosophical Quarterly, The Journal of Value Inquiry, The Journal of Social Philosophy, and The Southern Journal of Philosophy, among other venues. Jake Wojtowicz wrote his PhD on Bernard Williams and agent-regret at King's College London. He writes on the philosophy of sport and lives in Rochester, NY. He has written in places including The New Statesman, AEON, Philosophy, The Journal of the Philosophy of Sport, and Sport, Ethics and Philosophy.