Talent identification in soccer: Is it possible?

A new test - known as 30-15 IFT - in the talent identification process may save time and money and better measure the demands of real soccer performance.

I remember being a US National Collegiate Athletic Association Division 1 (NCAA DI) soccer player and having to pass a series of “tests” in the preseason. There were ten tests in total ranging from a 40-metre sprint to a dribbling test, passing tests, a vertical jump, and a 300-metre shuttle. If a certain number of tests were not passed, the players were not eligible to play for the season.

When considering the process of talent identification in soccer, many of these same tools are used at the youth, collegiate, and professional levels. However, as was suggested in a 2009 research paper, soccer performance is not measured by the ability to repeat sprints, but rather by the complex relationship between “tactical (interaction with other individuals), technical (individual skills), and physical performance”.

However, there are currently very few talent identification tools in soccer that integrate more than one of these elements. Moreover, to be truly elite, there must be a high level of competency in each of these areas and for them to be executed simultaneously within a game.

A reliable tool for talent identification

A seminal fitness test, not only in soccer but also in multiple sports, has been developed by Martin Buchheit; it is known as the 30-15 Intermittent Fitness Test (30-15 IFT). This proven valid and reliable fitness test measures one aspect of soccer performance: physical performance. Since the test is already being used by coaches, it creates the perfect template for a talent identification tool.

My colleagues and I suggested in our research, “Reliability and Validity of the 30–15 Intermittent Field Test With and Without a Soccer Ball”, that the addition of dribbling a soccer ball throughout the duration of this test would integrate at least two of the three components necessary to measure soccer performance: the physical and the technical.

How does it work?

Throughout this test, players run back and forth over a 40-metre distance for 30 seconds and then rest for 15 seconds; the pace increases at every level. The final level each player successfully completes is their score. It must also be noted that nothing about the test changes with the addition of a soccer ball.

Because the 30-15 IFT can be run with and without a ball, the difference between the two scores may provide a meaningful metric for skill.

It is hypothesised that those who have elite potential would have a high fitness test score and little change in that score when they perform the same test with a ball. This would mean that the player can get near-maximal physical effort and fatigue, while still successfully performing a technical skill like dribbling. This would most closely emulate the demands of a soccer game.

The data collected demonstrates how this concept could work in the talent identification process, and can this be seen in the graph below. Although this data is relative to female collegiate soccer players, future data should establish norms for genders, levels of play, and age.

A time and money saver

Perhaps the greatest aspect of this tool is not only the integration of multiple aspects of performance but also the cost and time-effective way in which it can be implemented. Clubs and youth systems spend a tremendous amount of time, effort, and money through the talent identification process.

In the Journal of Science and Medicine in Sport, authors Dodd and Newans discuss some of the physical components that are necessary to be measured for talent identification. A few of these components include the change of direction speed, repeated sprint ability, and maximal aerobic power. Many of these physical attributes are measured by using one test for each measure of interest, requiring a lot of time and potential cost in the process.

The positive contribution of this new test is that it can be done on a wide range of subjects simultaneously, allowing for a quick and effective way to quickly group players during a tryout.

Soccer performance is the complex integration and mastery of the physical, technical, and tactical aspects of the game working together simultaneously. Therefore, measures of performance should mirror more closely the actual demands of a soccer game.

The potential impact of this new test in the talent identification process is not only that it may save time and money, but that it may mirror the actual demands of a soccer game and performance more closely. 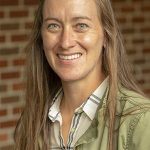 Dr Kathleen Paulsen is a women’s collegiate soccer coach and assistant professor of Kinesiology at John Brown University. She holds a PhD from the University of Arkansas in Health, Sport, and Exercise Science. Her research focuses on women soccer players, the use of technology in sports, and the creation of useful tools for talent identification in soccer. 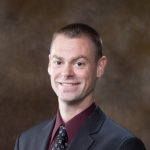 Dr Brendon McDermott is an associate professor who has been teaching athletic training and exercise science courses for more than 20 years, predominantly at the University of Arkansas. McDermott is a member of the medical and science advisory board of the Korey Stringer Institute and a Research Fellow of the American College of Sports Medicine. He has more than 70 peer-reviewed publications and 90 professional presentations. 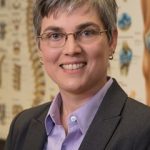 Dr Michelle Gray is an Associate Professor of Health, Human Performance, and Recreation at the University of Arkansas. She is currently investigating age-related ailments with the goal of increasing the quality of life of older adults. More specifically, her research interests include cognitive decline, the relationship to physical function, and the impact of high-velocity resistance training on older adults. 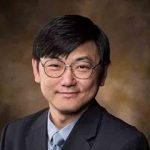 Dr Wen-Juo Lo is an Associate Professor in the Educational Statistics and Research Methodology (ESRM) program at the University of Arkansas. His research interests involve methodological issues related to analyses with a focus on psychometric methods. The recent research agenda concentrates statistical methods for the detection of bias in psychological measurement, especially measurement invariance on latent factor models. 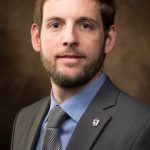 Dr Matthew Ganio is the Interim Associate Dean of Academic and Student Affairs at the University of Arkansas. He is currently investigating the mechanisms by which cardiovascular and thermoregulatory responses may be altered in healthy and patient populations. Specifically, his interests are the clinical implications of obesity on cardiovascular and thermoregulatory responses during stresses such as heat and dehydration. He is also investigating how fluid intake needs may differ with different populations and settings.

Does engaging in physical activity and sports lead to better vision and stereoacuity?