Who invented football? From ‘The Simplest Game’ to ‘The Beautiful Game’

Who exactly invented the world's most popular sport? Much can be attributed to a nineteenth century English priest, John Charles Thring, who developed a football code called "The Simplest Game."

Editor’s note: According to official FIFA documents, modern football was invented in England in 1863. However, the earliest records of a game involving kicking a ball originate from a Chinese military manual dating back to the 2nd century called Tsu’ Chu. As always, this article has been written by third party authors, who are independent of both Neliti and Breakthrough. This article does not necessarily reflect the opinions of the editors or management of Neliti and Breakthrough, and solely reflects the opinions of the article’s authors.

It is likely that early versions of what would become association football, or soccer, evolved at different times and in different places across the globe. However, the way in which the world’s most popular sport will be played and refereed at the FIFA World Cup in Qatar in November 2022, owes much to a nineteenth century Englishman, John Charles Thring (1824-1909), a schoolmaster and priest known to his family as Charles.

Thring joined Shrewsbury School, a boarding and day school for boys, in 1836. Its headmaster, Benjamin Kennedy, was an eminent classical scholar and his school was the foremost in Britain for its teaching of Latin and Greek. Thring was a competent pupil, but he was more distinguished on the playing field than in the classroom: he played for the school’s cricket team in the summer and enjoyed football in the winter. As with all schools of this period, Shrewsbury had its own code of football. Like the games at two other leading schools, Eton College and Harrow School, it was based on kicking and dribbling the ball rather than on the handling and passing game played at Rugby School.

In 1843, Thring progressed to his headmaster’s alma mater, St John’s College at Cambridge University. Football was popular amongst the undergraduates and games were played on Parker’s Piece. However, with each player used to his own school’s code, matches were unsatisfactory, would lead to disputes about the rules, and often ended in injuries, arguments and lost tempers. Several attempts were made to form a football club, but all failed through the lack of a uniform code.

Three years later, and now a senior student, Thring and a school friend, Henry de Winton – in residence next door at Trinity College – persuaded former pupils of other schools to join them in forming a football club. Those who came from schools that favoured kicking and dribbling the ball – Charterhouse, Westminster School and Winchester College in addition to Eton, Harrow and Shrewsbury – found it easy to compromise on the code, but the ingrained habit of former Rugby boys to hack at shins, trip up runners, and run with the ball in their hands, proved too great an obstacle and the project was abandoned.

The urge to play football, however, persisted. In 1848, another group of Cambridge students worked to produce a common code and published it as the ‘Cambridge Rules’, and displayed it on Parker’s Piece. No copy has survived, but as later generations of students held yet more meetings, they would seem to have been unsatisfactory. Success had to wait until 1856, and it needed the exclusion of the Rugby elements to secure agreement. A copy of the Laws of the University Foot Ball Club is preserved in the archives at Shrewsbury School.

Thring had graduated in 1847, studied for Holy Orders, and became a priest in 1849. He completed his ecclesiastical apprenticeship by serving as an assistant in his father’s church at Alford in the south-western county of Somerset. He gained promotion to the neighbouring county of Gloucestershire in 1855 and then to its neighbour, Wiltshire, in 1857. All thoughts of football were suspended: the need to make his mark in the profession and too early to be labelled a ‘muscular Christian’ were the cause. It was the publication in 1857 of Thomas Hughes’s story of a boy’s adventures at Rugby School in the 1840s – Tom Brown’s School Days – that would soon permit gentlemen not only to play football but to make such play socially advantageous. At that time however, Thring had to settle for courting his future wife, Lydia Meredith, who he married in 1858.

Thring now needed a higher salary, so the offer of a teaching appointment at Uppingham Grammar School in the midland county of Rutland was timely for him. His elder brother, Edward, was the headmaster, and he needed young men not only to teach his boys but also to supervise up to thirty 10-18 year-olds in purpose-built boarding accommodation. Thring and Lydia joined the school in 1859 and quickly set about raising a family.

Hockey had been the winter game when Edward was appointed in 1853, but it was quickly replaced by football – played with a mixture of the codes from Rugby and Eton. By 1857, when the first printed rules were published, two of the Rugby ingredients, hacking and tripping, had been eliminated and kicking and dribbling came to the forefront.

Writing to The Field in December 1861, Charles argued that “it is desirable to humanise the game – the Rugby rule of “hacking” would be alone sufficient to unfit it as a code for universal adoption. … To kick a player on the shins purposefully is neither fair play nor manly; nay, I do not hesitate to call it thoroughly un-English and barbarous.” These strong statements were accompanied by ‘a copy of rules, which, for the most part, embodies such a game”. Three more letters followed in quick succession and in April 1862 he published his rules for ‘The Simplest Game’ in a booklet titled The Winter Game and advertised it for sale in The Field and Bell’s Life in London and Sporting Chronicle.

It is desirable to humanise the game – the Rugby rule of “hacking” would be alone sufficient to unfit it as a code for universal adoption. … To kick a player on the shins purposefully is neither fair play nor manly; nay, I do not hesitate to call it thoroughly un-English and barbarous.

Charles had modified and greatly reduced his brother’s rules for Uppingham football to bring them more in line with the Cambridge Rules. He named his intended targets – “the ARMY, VOLUNTEERS and VILLAGE CLUBS” – and suggested that: “As cricket in summer, so may football become the National winter pastime, training our youth up in habits of activity, manliness and courtesy.”

Table 1 shows the characteristics of the Cambridge Rules, Uppingham football, and The Simplest Game.

As cricket in summer, so may football become the National winter pastime, training our youth up in habits of activity, manliness and courtesy.

Charles’s ten rules were probably the most streamlined set ever produced for football.

Running with the ball in hand was eliminated, there was no mention of scrums, and the maintained absence of hacking steered the game away from that played at Rugby and anticipated what the Football Association would consider a year later.

A new newspaper, the Sporting Gazette, re-opened the football debate in 1863 with a series of letters supporting Charles’s call “that football may soon, as the winter game, rival cricket in popularity”.

Football may soon, as the winter game, rival cricket in popularity

As winter approached, Charles – signing as JCT – responded by writing to a national newspaper, the Daily Telegraph, stating that: “The season is now setting in – football can be played by greater numbers than cricket, affords capital exercise and is not so dependent on the weather. But its laws are so conflicting that no two clubs can play a match; yet it is a very simple matter, if the ordinary requirements of the game are only considered, and no peculiarities are allowed. … If a parliament could sit with sufficient authority to issue a new code of laws, a great step towards re-establishing the popularity of this old national game would have been taken.”

Ebenezer Morley, the captain of the Barnes club in London, replied: “If “JCT” will call a meeting of the captains and secretaries of the various football clubs in and around London, there would probably be no difficulty in agreeing on a set of rules to be called the “London rules”, as distinguished from Rugby, Harrow etc. rules. I for one should be happy to attend such a meeting.”

A full-time schoolmaster living 140 km from London was not well placed to call such a meeting, but others took up the challenge. Representatives of the schools tried to arrange such a meeting but gathering schoolboys from across England in term-time proved impossible. Students at Cambridge could meet more easily: they updated their 1856 rules to make them simpler.

However, London needed to be the focus, so Morley and representatives of the city’s clubs and schools came together as the London Football Association and held their first meeting on 26 October 1863.

In a series of six meetings, the last on 6 December, the group examined the new Cambridge Rules and The Simplest Game, received six more written submissions from Charles Thring, and thrashed out a common code. The rules of a uniform kicking and dribbling game were agreed, and the formal separation from the handling and carrying Rugby game began. In his last submission, Charles asked if he might publish the Football Association’s rules alongside the Cambridge Rules and his own rules of The Simplest Game in a new edition of The Winter Game. This was granted, with publication on 16 December. Table 2 notes the similarities.

In his celebrated early history of the game, Association Football, published in 1899, Nicholas Jackson wrote that Charles Thring laid ‘the groundwork on which the Association code was built’. The Beautiful Game to be played at the upcoming FIFA World Cup owes much to The Simplest Game. 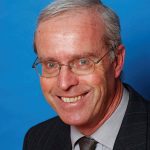