Carbon friction and the politics of net zero

What is Net Zero?

Net zero is the basis of eliminating the total amount of future atmospheric warming gases. As is almost universally understood, human activity produces a suite of six gases that act as a blanket over the Earth, thereby heating the atmosphere beyond any warming experienced over the past half million years. Three of these sextets are particularly active: carbon dioxide, methane, and nitrogen oxides.

Net zero eliminates almost all these gases by combining new technologies and changes in our use of these gases. What cannot be removed has to be absorbed by seas, vegetation, bogs, and technology. This is the basis of the adjective “net”. Despite the scientific community holding numerous global conferences and national governments committing to extensive promises, “net zero” has yet to be achieved.

The consequences of failing to reach net zero by 2050

This failure is not an idle matter. Already, the climate is changing for the worse. Yet, today’s emission levels are still below what the international scientific consensus believes to be tolerable. At the current rate of rising emissions, that point will be reached before the end of this decade. Then the consequences of global heating will escalate beyond human imagination and experience.

Global heating feeds on itself. The models predicting the consequences of atmospheric firing are already too optimistic. There is no doubt that a sizable number of active young people and aggressive action groups all over the world are demonstrating their anger, fear, and desperation.

The politics of carbon resistance

All governments are facing uncertainties over the future of affordable energy and cannot wait for net zero energy. Any move to cut greenhouse gas discharges too quickly causes democratic unrest.

In the Netherlands, moves by the Dutch government to buy out 5,000 milk-producing cattle farms, which oversupply the market, to reduce methane and nitrous oxide emissions are met with enormous hostility. Cattle farms are part of the Dutch historical and cultural landscape. Removing them in a hurry creates discontent from the Dutch electorate. These farms may eventually be transformed, but this will take time and patience. This is a smidgeon of what needs to be cut in the next decade if net zero is to be attained.

The British government has approved a coking coal mine in northwest England, despite a political pledge to remove all coal. This may retain 150 jobs where every coal miner could be retrained for low-carbon enterprise at a fraction of the cost of the mine. Yet, 400,000 tonnes of new carbon dioxide will be added annually to the atmosphere.

It is debilitating, especially for the coming generations worldwide, when net zero is delayed, avoided, or ignored. On the one hand, middle and low-income households can never decarbonise their heating and transport by incurring huge costs during the recession, pay restraints and inflation.

Achieving net zero for a typical British household would cost £20,000 to alter the heating and cooling systems and improve insulation. Admittedly, this would be paid off over a decade as many homes are expensively leaky. It would encourage all manner of new jobs and enterprises. But in the time frame of a troubled government, the name of the political game is to make vacuous promises and then to keep their heads down.

Paying for everyday damage from past emissions

One of the key political dilemmas is who should pay for the consequences of climate change. Recent floods in Nigeria and Pakistan are scientifically attributable to global warming. Yet, both have diminished national income by almost a third.

The mudslides in Italy and the droughts in Somalia, also caused by climate escalation, have caused untold devastation to the poor. The poor do not contribute to climate-altering gases; they are the victims of carbon dependence by rich consumers.

The assumed cost of climate-related devastation, not to mention the unexplored costs of human suffering and family destruction, could be as much as $3 trillion annually. This sum will be resisted by the wealthy, who are the prime cause of the warming. About 80% of the world’s damaging emissions are caused by 20% of the human family. This is similar to the disposition of global wealth.

The tough question is whether the comfortable and the wealthy will ever pay up. The longer the delay, the higher the bill. The higher the bill, the longer the delay. Democracies will resist as the climate-driven crises deepen. This electoral stickiness will be spurred by rising household costs of the net zero transition and anger over the demands for changing travel and eating habits. Furthermore, those annoyed by these disruptions will likely confront any move to accept the forced migrants who can no longer tolerate their failing governments and dangerous climates.

The democratic conundrum and a moral renaissance

We are in for very rough times ahead. This is called “carbon friction”: the resistance of the democratically noisy to safeguard their comfort and protection.

We must mediate between the wealthy and the exuberant carbon displayers to help us realise our collective moral responsibilities. We need to seek solidarity with those who are politically protesting and willingly changing their behaviour in favour of reaching net zero. We can get there only if we all mean it. 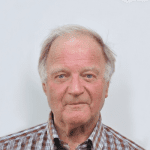 Tim O’Riordan is Professor Emeritus of the School of Environmental Sciences at the University of East Anglia. He had researched and taught the politics of the sustainability transition in many countries. He remains active in seeking to create the scope for creating sustainable localism for the coming decade.