Contraception failure is rising in Bangladesh: a new threat for maternal and child health

Bangladesh's is experiencing an alarming increase in contraception failure, threatening the health of both mothers and children alike.

Contraception use remains an important public health intervention and a cost effective strategy to improve maternal and child health outcomes. It helps to avert unintended pregnancies and related adverse consequences, including maternal and child morbidity and mortality. Over recent years, contraception use has drastically increased in Bangladesh. The latest Bangladesh Demographic and Health Survey (BDHS), conducted in 2017/18, revealed around 62% of reproductive-aged women in Bangladesh use contraception, an increase from only 8% in 1971. This is around two times higher than the average percentage of contraception use in low- and middle-income countries (LMICs).

This progress has been driven by continuous investment from the Government of Bangladesh to ensure reproductive and maternal healthcare services are provided nationwide, and has been linked to Bangladesh’s long-term plans to stabilise population growth. The total fertility rate has fallen from 6.87 in 1971 to 2.3 in 2017, which is now lower than the average for LMICs (3.8 in 2015). A reduction of the total fertility rate, as well as improved family planning and contraception, were major achievements for Bangladesh in terms of reducing maternal and under-five mortality rates, which were targeted in the Millennium Development Goals (MDGs, 2000-2015).

The stats behind contraception failure

Bangladesh experiences an unmet need for contraception in general, and more specifically for modern contraception specifically. These remain major barriers to the country’s improvement of family planning outcomes. Consequently, unintended pregnancies are often reported as a significant public health threat in Bangladesh, with around 25% prevalence in 2018. An equal prevalence of unintended pregnancies was also reported in previous years.

We found that the likelihood of contraception failure is higher among women aged under 19 years old, who had more than 2 children at the time of the survey, and resided in urban areas of the Rangpur division of Bangladesh.

Based on these findings, we cannot tell whether the actual occurrence of contraception failure has been increasing in Bangladesh. However, the high numbers are an obvious matter of concern and demand serious attention as they threaten Bangladesh’s progress in achieving Sustainable Development Goals’ targets on maternal and under-five mortality rates.

Ironically, one potentially positive finding is that a rising prevalence of contraception failure in Bangladesh could be linked to its overall development. Perceptions in Bangladesh about the ideal number of children to have has been changing over the last decade and a growing number of families are now reluctant to have more than two children. Moreover, rising levels of education and socio-economic development in general over recent years are making couples more aware of their reproductive goals, enabling them to share their experiences of contraceptive use and its failures.

This improved situation is ideal for implementing programs to reduce unintended pregnancies, which could be attributable to the rising prevalence of contraception failure. If this is true, then additional measures need to be taken in existing public health programs to make further progress in reducing contraception failure and unintended pregnancy, as well as improving maternal and child health outcomes.

Who is responsible for contraception failure?

In recent years, Bangladesh has experienced a reduced focus on family planning and contraception promotion. This could be a major factor contributing to the increasing prevalence of contraception failure.

Public health programs for family planning and contraception in Bangladesh are guided by the government’s “Five Year Plan” – a national plan outlining all of the country’s objectives for the next five years. Our study’s was conducted during 2011-2017, and thus coincided with two national Five Year Plan.. Compared to previous Five Year Plans, the two Five Year Plans that coincided with our study had a weaker focus on family planning and contraception promotion, and a stronger focus on intrapartum, birthing, and postpartum care, aimed at reducing maternal and child mortality. Although the provision of family planning services at the household level remains functional, there appears to be less enthusiasm for it than during the 1990s.

In addition to this, Bangladesh experiences a shortage of family planning workers, along with inadequate skills, monitoring, and supervision. These problems are becoming increasingly acute by the day. Consequently, there is a lower number of family planning visits at the household level. Together, these factors lead to a rising prevalence of contraception failure.

Consequently, healthcare workers, for whom providing maternal healthcare is the priority, do not get enough time to discuss contraception and are faced with privacy issues. This relatively low priority may result in women’s preferences for traditional, readily available, but less effective contraceptives than the more effective and longer-acting methods.

Together, these issues indicate system-level challenges to contraceptive uptake and their consistent use, and thereby, an increased likelihood of contraception failure.

Further, there is little or no coordination between services being provided at the household level and at healthcare centers. Such uncoordinated delivery results in unequal coverage, including some people missing out on important services entirely. This disjointed approach may also increase the risk of the contraceptive method mix, which is an important predictor of contraceptive failure.

Whatever the reasons are, the rising prevalence of contraception failure in Bangladesh needs serious consideration to ensure that Bangladesh continues its progress towards Sustainable Development Goals’ targets for maternal and under-five mortality rates. 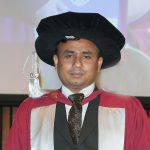 Dr. Md Nuruzzaman Khan is an Assistant Professor of Population Science at the Jatiya Kabi Kazi Nazrul Islam University, Bangladesh. He is a mixed-methods researcher focusing on maternal and child health in the context of low- and middle-income countries. He has published more than 100 scientific articles in international peer-reviewed journals and his articles have been cited more than 10,000 times. He also works as an associate editors at three international peer-reviewed journals, including PLoS One, PLoS Global Public Health, and BMC Public Health.